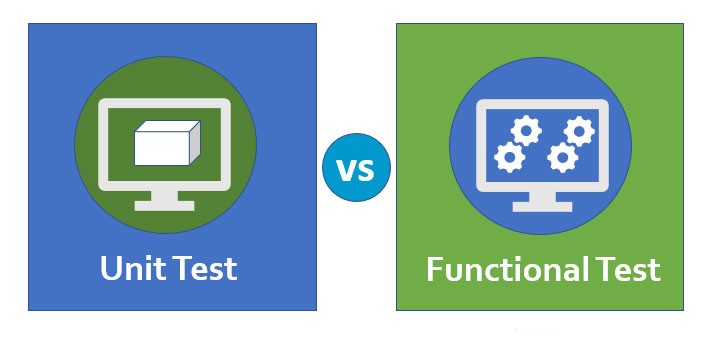 Today, clients have high expectations from software development companies and their developers to deliver prime and error-free software. To fulfill such demands, companies are coming up with various testing techniques or methods as part of the development process. Developers and testers perform software or application testing to ensure that a top-notch and quality product is delivered to the users.

Before we move ahead with the blog, let me clear that unit testing vs functional testing is not like other typical comparison blogs where you choose one of them. Both testing techniques are significant in software testing. Both are performed for a clean and bug-free application. They have their fair share of unique benefits in the Software Development Life Cycle.

What is Unit Testing?

Unit testing is a software testing technique where individual units or components of the software are tested to determine whether they are suitable for use or not and to ensure that each unit of software code works as expected. In an application’s source code, a unit can be an object, function, method, module, or any other entity. The developer performs unit testing during the development of an application.

Unit tests form the base of the testing pyramid. They are performed before integration tests in Software Development Life Cycle (SDLC). The main goal of unit tests is to test each module or unit of the software/application at the early stage of development to ensure that it is coded correctly with no errors and validate that each unit of the software performs as expected.

What is Functional Testing?

Functional testing is a form of software testing that seeks to establish whether each application feature works as per the software requirements. The QA engineer checks the software functionality based on Software Requirements Specification (SRS). It is a time-intensive and extensive type of software testing in which each function is tested by giving the value, determining the output, and verifying the actual output with the expected value.

•    Tests should be automated:

You can automate tests to detect bugs early, get rapid feedback, and insights on code coverage, modified code coverage, performance, how many tests are running, and many more. Automated testing provides in-depth testing and better results. Teams can access, view, and discuss the reports generated.

•    Tests should be deterministic:

False positives and negatives are common in software testing, and you must be attentive and determined to minimize them. Unit tests should be deterministic so that they have consistent behavior every time a test is run. Deterministic tests exhibit the same behavior until the code is not changed. They can either pass or fail every time a test is run.

Non-deterministic tests are those that pass or fail without code change. They are inconsistent and unstable. It is hard to isolate them and fix them. This makes developers untrustworthy towards tests as there is no clear output or any definite indication of bugs. To avoid non-deterministic tests, tests should be isolated and independent of other test cases, external dependencies (file system, APIs, network, etc.) and environmental values (current time or language setting of the system).

•    Tests should be readable:

You can use the AAA pattern to write or structure unit tests:

Tests should be independent of each other. When one test depends on another, it hinders the smooth running of tests. If one test fails, the whole suit fails. Test runners can reduce dependencies between units to run simultaneous tests on different pieces of code. If there are interdependencies between tests, test runners will find it difficult to execute the tests and debug the code.

To avoid interdependencies, you should make sure that each test has its setup and teardown mechanisms. Test runners don’t follow any set pattern or order to run tests. Tests are run in any order or machine without affecting other tests in the suite.

•    Use a consistent naming convention:

Unit tests have to be named aptly to maintain code readability. In case of test failure, a good test name helps QA to understand which module is malfunctioning. A good unit test name reflects the intent of the test case. You should follow consistent name conventions and use shorthand to write good unit test names. It supports code readability, which makes it easy for others to understand the test or extend the code in future.

•    Tests should be isolated:

You can verify specific components of the application using isolated unit tests. The tests should be independent of each other. You should isolate your tests so they don’t have dependencies on outside factors. A unit test is testable only when its dependencies are stubbed. Isolation provides stability, makes tests run faster, and ensures only one logic is dealt with at a time. You can use a test double (stuck or mock object) to make a fake version of the component. This helps isolate the component’s behavior within the unit test.

You should write your tests with minimal to zero logical conditions (if, which, for, etc.) and manual string concatenations to reduce the chances of bugs, increase readability, and make your tests more deterministic. If the inclusion of logic seems unavoidable, split your test into two or more different tests.

Manual testing requires testing of various scenarios like verifying if a certain bug is resolved or if the features are working as expected. But testing all the scenarios in one test may create uncertainties and difficulty to find the issue if the test fails. If you have used too many assertions, say 10, and at some point, the test fails, you will see only a single failure. It will become difficult to figure out which of the 10 assertions failed. You should follow one assert per test method. This helps keep the unit tests simple and saves effort in long run. By focusing on one assert or use case you will have a clear vision of the root cause if a test fails. The tests might take longer to write, but the results will be more definitive.

Before you start executing testing, you should know what is to be tested and the plan for testing. Collect the data or information about critical user commands and processes from the development team and test the crucial things and aspects.

This includes planning for test execution. The planning includes goals and scope of testing, no. of people involved, hardware and software tools required to execute the test, and no. of test cases needed to perform testing. These test cases are input data based on the specification of the functionality. These tests should be arranged and planned on a priority basis to reduce delay and risk. The development team should review these test plans.

Developing test cases can be a lengthy process. You can make test cases reusable to spare time and reduce complexity. You should write straightforward instructions that are easy to understand and execute.

Automated testing saves time and resources and improves the quality of the product or software. If particular functions are assessed multiple times, valuable resources on the QA team and DevOps are wasted. Test automation helps run thousands of tests to find software bugs and cover more testing bases. You cannot automate all the functional tests. Exploratory testing, system testing, and user acceptance testing require manual efforts. In the long run, automated testing is cost-effective and beneficial for the product.

Exploratory testing provides a lot of freedom to testers. During exploratory testing, testers investigate an app to identify possible bugs. Testers have the freedom of running tests as they see fit and just require familiarity with QA. This procedure of test design and execution is unstructured and is highly advantageous for functional testing.

When coalescing manual testing, you should prioritize complex and high-risk test cases. These cases require human insight, and if an issue is discovered, it can be escalated accordingly.

You should identify the issues or problems with the functions on your application or website in the Software Development Life Cycle (SDLC). You can implement the unit testing technique in the design and development phase to avoid functionality issues and save money for the enterprise.

If many people are working on the same functionality, it may result in defect reports repetition, wrong defects consideration, incorrect order of issue solving, and many more. As a healthy solution, a centralized information and data storage system should be referred to by everyone, which includes templates for defect reporting and checking, priority-based ranking defects, and information about tasks assignment.

Documentation is a crucial aspect of testing. It is essential to track issues. Reporting the issues helps other teams to understand what bugs are identified and how you can fix them.

Let’s explore the advantages and disadvantages of unit testing.

Let’s move on to the advantages and disadvantages of functional testing.

Testers and developers should know the differentiation between the objective of unit tests vs functional tests. Both are not interchangeable and have their advantages and disadvantages. The primary objective of software testing is to deliver a prime and quality product. If you expect a clean and error-free code faster, you should opt for unit testing. It will help developers to know where the error lies in the code. Developers may take extra time to fix the error, but it’s worth the time and effort. If you want your software or application to work as per the requirements, functional testing is the key. It is slow and complex but informs you about the functionality issues.