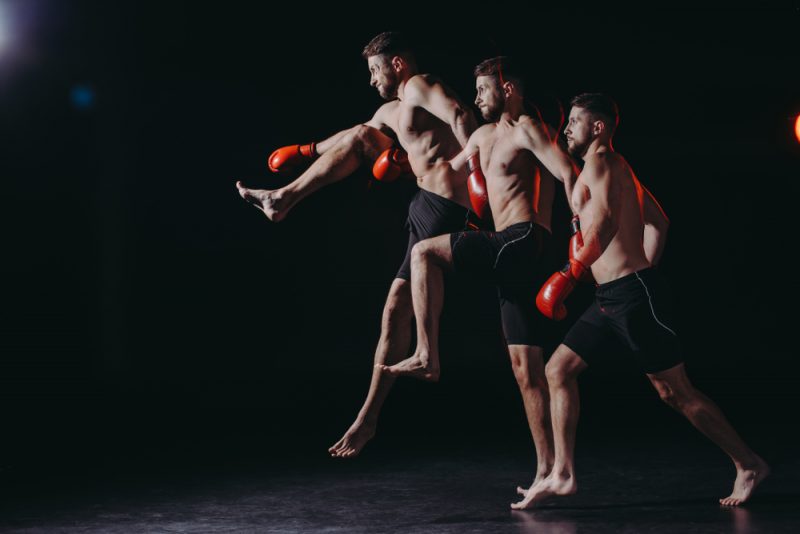 Muay Thai, also called Thai Boxing, is a combat sport that was developed in Thailand, and was first discovered and practiced back in the middle of the 18th century. Muay Thai requires complex skills and tactical excellence for success. Matches are characterized by dynamic phases of short duration, during which athletes try to strike their opponent or defend themselves from the attacks of their opponent. Fighters wear boxing gloves and use several parts of the body for offensive and defensive purpose, because of that it is also known by the “art of eight limbs”, once athletes can kick, punch, knee, elbow, and grapple with their opponents.

In the recent years, Muay Thai had an exponential growth, and more people search for this combat sport to improve their fitness level, to stay active or simply to have fun while losing weight. Yes, losing weight! Thai Boxing is well known for its high intensity as it includes both upper and lower body movements. As we know cardiovascular activities burn a lot of calories, and when it comes to this combat sport-training program you have it all. Fighters are constantly moving, punching, kicking, jumping, the combat rounds although with only 3 minutes each, they make the perfect interval time for a HIIT (High Intensity Interval Training) session.  ​

Muay Thai is then characterized as an intermittent activity, where the intensity of the training varies from maximal to submaximal with small rest periods. With that said, both of the metabolic pathways, meaning glycolytic and oxidative pathways, are activated in this combat sport. Some authors have measured the energy expenditure, objectively, for this sport and they have come up with some interesting values that show how intense, and how much calories you can spend training Thai Boxing. The average heart rate measured during the activity was about 182,9 heartbeats per minute, and the energy cost of a fight was approximately 13,94 Kcal/min. This conditioning form boosts metabolism and burns more fat than constant exercise while increasing the athletes’ endurance. ​

At this point you may already be thinking about enrolling on a Muay Thai camp, but first let me tell you other benefits you can expect from this type of training.  Chalong Muay Thai for professional athlete is a good Muay Thai package.  As mentioned previously, you will boost your metabolism and burn extra calories. Additionally, improves your self esteem, you will feel more confident and safe, as well as ready to face your day. Physically your muscles get stronger, flexible and agile, with an extra component of better motor coordination, once there are a big interaction between Central Nervous System and Locomotor System triggered by the constant movements of attack and defence throughout a combat.  ​

Now, where can you train Thai Boxing? Although a good amount of people travel to Thailand to learn it and practice it, with the recent exponential growth you can find Muay Thai camps all over the world, since it is already spread for 5 continents and 110 countries.  ​