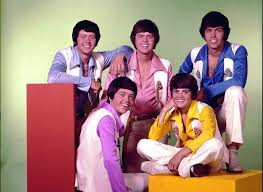 Well, that’s a very simple question with a very simple answer; it’s a band with boys in it. Or so you would think. We all know that the boy band is a staple fixture on the pop scene and whilst we may not have as many of them as we did in the late Nineties and noughties we still find new ones being established or old ones coming back for a revival.  It is tricky to know what a boy band is though. Let’s take a look at the genre rules (that I just made up) and then some examples. Boy band music creeps in everywhere and Music for business is just one possible place as it plays in the background in stores. Have a look at moodmedia.co.uk/in-store-music-for-business/ to see what I mean and to make sure that this style of music is in keeping with your customers. 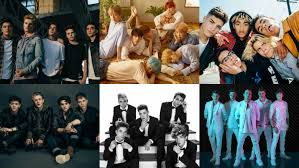 So, let establish some rules.

Rule one. The band must have more than 3 boys but be no more than 6.

Rule two. They just sing and dance. None of them is allowed anywhere near an instrument as it just gets in the way.

Rule three. They must be good looking in the extreme. You can break this slightly up by having a mock grungy/edgy one to appeal to that market but generally its swoon-worthy all the way.

Rule four. One needs to have a distinct regional accent.

Rule Five. The songs can only be about the following subjects (these haven’t changed since the 1950’s). 1. I have fallen in love with the perfect girl and we shall be married someday. 2. I am in love with a girl, but she is a friend and is going out with someone else. This makes me sad. 3. I want to enjoy being young, partying and generally enjoying life without any thought of life’s current or future complications. 4. I have had my heart broken by a girl and I am wondering if there is someone, anyone who can make me feel like life has a purpose again via being in a relationship (this is the one that gets the teenage girls screaming and wishing).

Who fits into this category? The 1970’s was probably the cut-off point as although the Osmond’s and Bay City Rollers were boy bands and hit the rules above (the Scottish roots for the Rollers being the exception that proves the rule) they could play. The Beatles were a boy band and hit those rules too, its one of the reasons they gave up playing live as no one could hear them over the screams.

The real boybands come from the era of manufactured pop, not that it wasn’t before (for example The Monkees) but the pretence of skill was dispensed with. 5ive, New Kids on the Block, Westlife, Boyzone and Take That (who, thanks to Robbie and Gary have redeemed themselves a bit), Reel, Boyz to Men, Blue, Nsync (although Justin Timberlake has proved himself) they are the real “Boy bands”.