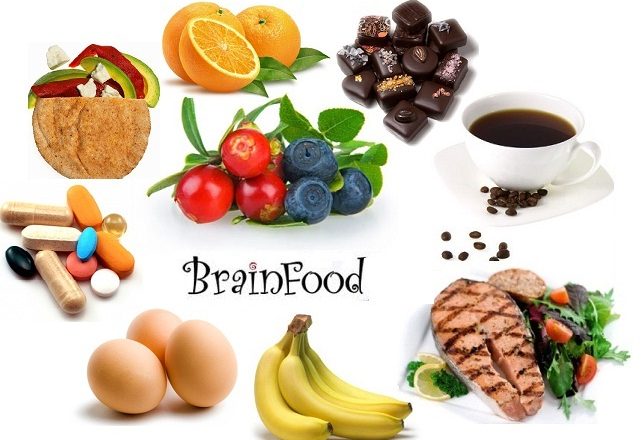 Eating well is good for your mental as well as your physical health. Some foods that help the brain and support brain activity and many doctors recommend you to follow the diet with these foods. There is no magical pill to increase our cognitive “powers.” But there are some foods that improve brain function, protect us against age-related cognitive decline, and help us better focus.  A recent UK study shows that a diet rich in saturated fats affects the neurons that control energy and appetite. Research shows that breakfast improves memory and methods of collecting data for students. Some nutrients stimulate our minds, but there are also a vast list of diets that you need to consider.

Olive oil is an important source of monounsaturated fats that slow down mental aging.

Spinach is rich in lutein, which is believed to protect against mental decline, according to Tufts University researchers. A longitudinal study at the Harvard School of Medicine shows that women who often eat green vegetables have a lower cognitive decline compared to those who do not eat such products.

Eggs contain a nutrient responsible for supporting nerve and brain activity, but also for liver health. Thus, egg consumption not only prevents cognitive decline and memory loss, but is also a facilitator of memory improvement. They (especially the yolk) contain an Omega-3 fatty acid essential in developing children’s brain and nourishing the brain of older adults.

Omega-3 fatty acids have been shown to be beneficial types of fat for organism, but it cannot produce them alone. So, it is important to find nutritional sources that will bring the Omega-3 fat to our body for their cardiovascular, anti-inflammatory and cerebral activity benefits. Fatty fish is one of the best sources for this type of nutrient, such as herring, sardines and salmon.  Sardines Fatty fish such as sardines and salmon are known as “mental enhancers” due to omega 3 fatty acids, which reduce the risk of dementia and improve attention and memory.

The good news has been preserved to the end, although if you like chocolate, you probably already know the benefits that cocoa has for health. It contains polyphenols, which are organic compounds that facilitate the healthy aging of organisms and combat cell degradation. In addition, cocoa contains an alkaloid with stimulating properties, which makes it similar to caffeine. However, unlike caffeine, it does not have any effects on the central nervous system.

Nuts contain vitamin E, a powerful antioxidant that helps remove free radicals from the body that accumulate with the aging process. Along with fish, it is also a good source of Omega-3 fatty acids, which means it supports congenital and brain performance in general.