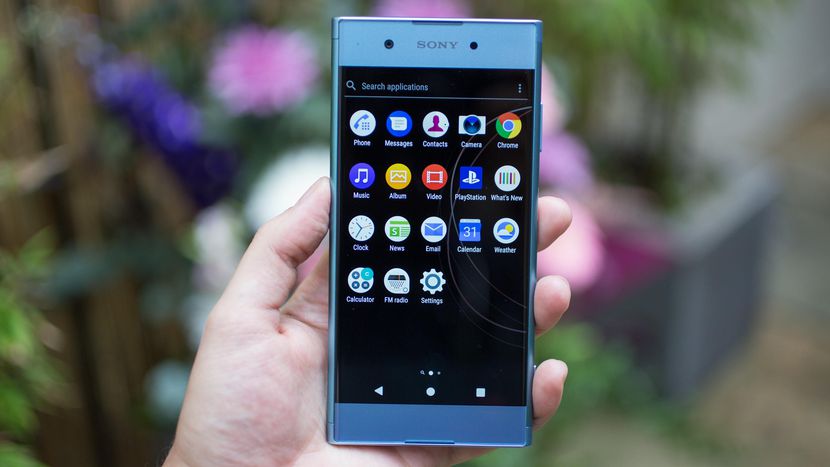 Sony has been absent from the competitive smartphone segment for a long time now. But the brand itself is no stranger to any of us. Sony has a huge portfolio of products when it comes to consumption of media starting with the PlayStation to televisions and even cameras. Sony has been hugely popular in those segments, but strangely it fails to make an impact on the smartphone market even though it makes some compelling smartphones. The reason for their apparent absence from this market segment can be attributed to some bad decisions on Sony’s side that made their budget devices underwhelming choices.

However, Sony is known to handle market pressure well, and they made a comeback with the XA range of smartphones which sported classic Sony designs for smartphones along with a funky colour scheme. Those are very good looking devices but they retail around the 25k budget which eliminates them as choices for budget contenders, and that is exactly why Sony has another line of smartphones called the Xperia R series and the first among the new breed is the Sony Xperia R1. So without wasting any more time, let’s see what Sony has in store for us this time.

Right out of the box the R1 has a striking resemblance to the rest of the Sony smartphone range. And although there are a few noticeable details that separate it, otherwise, it is a very decent looker. That being said, the minimalist nature of the device could come as a bit boring to some because it doesn’t really make the device any more attractive. Perhaps the standard Sony design has grown on me. With that said, Sony has forgone the minimal bezel look that most of the smartphone manufacturers are aiming for, but it does have the 2.5D Glass facia that eliminates any rough edges around the device. The device has no physical buttons on the front and navigation is taken care by the capacitive buttons at the front.

Moving on to the display, the Sony Xperia R1 features a 5.2’inch IPS LCD panel with a 720p resolution. The display is mostly good, but again, most brands have better displays with higher resolutions at this price point. But it’s not all bad because a lower pixel density equates to a better battery life in theory and it has decent sunlight legibility.

Coming to the number crunching side of things, the R1 packs a Snapdragon 430 under the hood. It is a decent chip, but given the price point, I do think that Sony could have done better as Smartphones like the XiaomiRedmi Note 4 has a Snapdragon 625 at the same price point. The Snapdragon 430 is an Octa-Core SoC based on ARM’s Cortex A53 architecture and has all 8 cores clocked at 1.4GHz. The SoC has an integrated Adreno 505 for handling graphics but don’t expect any maxed out gaming as it is an entry-level chip. The device also comes with 2GB of RAM which is way less than some of the devices at the price point that pack in up to 3-4GB of RAM.

The Xperia R1 comes with an almost vanilla version of Android Nougat 7.1.2. The overall UI alteration has been kept at a bare minimum and apart from a few minor icon changes; most of the UI is very close to stock android. It’s a good move on Sony’s part and keeping android as close to stock is always a good sight. The number of installed apps is also kept at a minimum, and apart from a few Google apps, there isn’t much on the device. The device is also set to receive the Oreo update in the coming months.

Coming to the camera, the R1 comes packed with a 13MP Primary shooter with Sony’s own EXMOR sensor. The Camera is good and performs well under a range of lighting conditions. It has 8x Digital Zoom and 12 Capturing modes in the software interface. But it is devoid of any image stabilisation tech and the option to turn on the sports mode doesn’t help much with image blur with fast moving objects but the hybrid autofocus does focus fast on subjects. It also has a single LED flash neatly integrated into the body.

The secondary camera has a single 8MP sensor and also comes with the aforementioned Hybrid Autofocus. Like the primary shooter, it also packs 8x zoom and a wide range of filters and shooting modes.

The R1 has just 16GB of storage with the option to expand up to 256GB with a dedicated micro SD card slot. We thank Sony for not making us chose between sim cards and memory cards given its rather low on-board storage capacity for the price point.

The R1 has a 2620mAh battery, which is less than what you’d expect in a device of this kind. Making matters worse it has no support for a quick charge, despite featuring a USB Type-C port.

The R1 has already been released here in India and has support for Indian network bands including 4G VoLTE. It also has Wi-Fi 802.11 b/g/n with Bluetooth 4.2 support, USB Type-C and GPS with A-GPS, GLONASS, and BDS support.

The R1 is really hard to recommend given its price tag. It is a good device in general, but it has a lot of flaws and emissions like no fingerprint sensor, no fast charging, lower memory capacity and lack of any form of shatter protection.  Also, the budget that it retails in is jam -packed with strong contenders, making its already weak case, even weaker. Sony needs to analyse the market carefully if they want to stay competitive because the R1, as far as I’m concerned, is another failed opportunity at exciting the consumer. The brand name doesn’t play a big role now in the budget segments now, and it seems that somehow Sony missed this message. The Sony Xperia R1 price in India is Rs.12,990 in online retail stores, and for that amount you can easily buy the Huawei Honor 6X or the Mi Note 4 or for a few thousand more, the Mi A1 and all of these are vastly superior devices. For more info, visit 91mobiles.com.