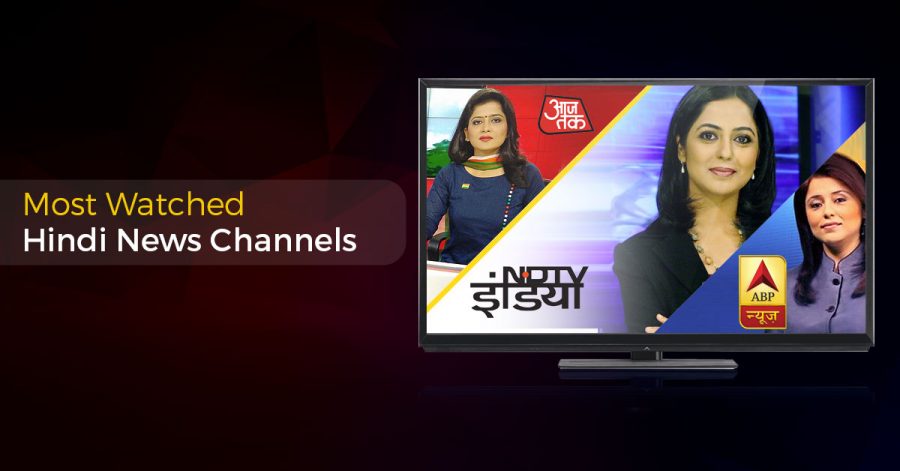 Hindi News Channels have greatly increased in popularity due to the quality content that they produce, the industry enjoys immense viewership as people from all over the world continue to choose these channels to keep up with the latest happenings. The programs cover a variety of issues ranging from local to international, entertainment, technology, social, economic and even latest sports news.

Zee News is an Indian Station owned by Zee Media Corporation, their primary motto is ‘SochBadloDeshBadlo’ which translates to ‘Change your way of thought in order to change your country.’ Being one of the quickest news channels in India, they deliver prompt and unbiased news from not just within the country but also around the world. This channel is very popular both in the South and North Indian states.

A few of the programs they offer are 8PM Special, Morning Superfast and News 100 amongst others. There’s also a special section dedicated to deliver News to the Hearing Impaired through sign language. Furthermore, their new program called Bharat BhagyaVidhata discusses the latest issues on politics, civil society and business. They also conduct interviews regularly with politicians and news-makers to highlight various issues affecting the country.

ABP News Live is owned by the AnandabazarPatrika Group, the channel mostly focuses on news and commentary. While the station was initially bilingual, broadcasting content in both English and Hindi, it has since changed to now include separate languages. There’s a Punjab version of the channel known as ABP Sanjha, which is popular in the northern Punjabi areas. Additionally, there’s a Gujarati edition called ABP Asmita that was launched on 1st Jan 2016.

AAJTak is a 24hr Hindi TV Channel that has won multiple awards throughout its years of existence, for instance, the station has received the Best News Award recognition at the Hindi TV Academy Awards for 13yrs consecutively. Research shows that most Indians prefer watching AAJTak than any other channel for the latest and trustworthy news.

Apart from India, this Live TV station is also available in many other countries around the world such as Australia, UK, New Zealand, Japan, Europe and the UAE amongst others.

NDTV, popularly known as New Delhi Television Ltd, is one of the largest Live TV Channels in the country owned by Prannoy Roy and Radhika Roy. This station is renowned for producing some of the best New programs in India, such as ‘The World This Week’ which is watched by 1000s of fans all over the country and beyond. They are also the only 24-hour news Channel for Star News.

While the channel host a variety of popular programs, one of their best shows is Prime Time which is a debate showcasing top newsmakers in the country. There’s also BadiKhabar which discusses the first-take on the day’s biggest headlines.

TEZ News Live is owned by India Today Group, it mostly presents recorded shows and quick highlights on the latest new reports. This is a family-oriented station that broadcasts programs suitable for viewers of all ages, both young and old. The station’s primary goal is planting good values in kids and young adults through educational programs.