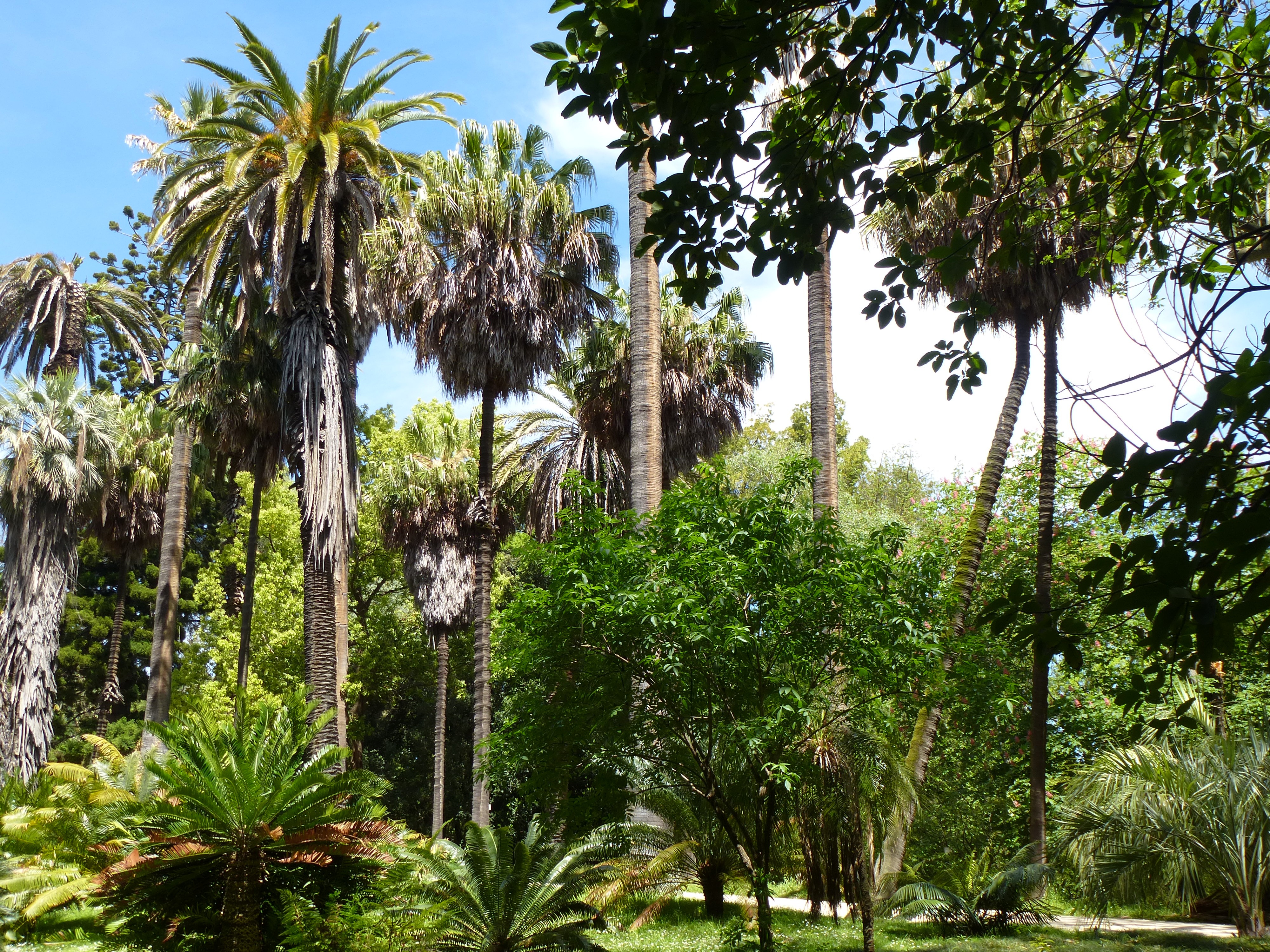 There are many parks in Lisbon, for example: Parque Eduardo VII, Parque dos Poetas, Parque Principe Real, but the largest park in the city is the Botanical Garden. Every day many tourists and residents of Lisbon come to the Botanical Garden to admire outlandish plants and flowers, take a walk in the park, to see beautiful birds and enjoy the atmosphere of the ancient times’ antiquity. Greenhouses, a collection of plants, which has preserved amazing specimens to nowadays, and three fountains, together with beautiful peacocks, which are sitting on the branches, dangling their tails are making this place a true national treasure. For the economy of your time, hire a car in Lisbon Airport.

In the capital of Portugal, near the Praça do Comercio and the ancient University of Lisbon, the oldest Botanical Garden is located. The idea of ​​creating a botanical garden was given by the Polytechnic School of Lisbon in 1859. The garden was necessarily needed for the school to carry out various research works in it. The works on the construction of the Botanical Garden in Lisbon were started in 1873.

On the uppermost part of the Botanical Garden, dicotyledons, magnolias, gymnosperm conifers and ferns were planted. In 1876, on the lower part of the Botanical Garden, a palm alley was planted, there is also a large lake, in the center of which, is situated a beautiful sculptural fountain. The lake is inhabited by waterfowls and various aquatic exotic plants. Forty species of eucalyptus are planted in the garden.

The Botanical Garden in Lisbon looks like a beautiful park. The garden has an ideal symmetry, emphasizing the French and Italian styles of landscape design.

In addition to many beautiful, unique plants, the most rare and unusual flowers grow here, there is a large number of exotic birds. For the public at large, this Botanical Garden was opened in 1878. During each year, an amazing collection of different tropical plants was gathered in the garden. They were brought from different countries: Australia, Japan, New Zealand, South America and many others.

There are a chemical laboratory, a history museum and the House of Arts near the Royal Ajuda Botanical Garden. It has rather become a research laboratory, than a garden with beautiful decorations.

The main pride of the Botanical Garden is dracaena, which is 400 years old. It was taken to the garden directly from the island of Madeira. In addition, there is an ancient fountain of 18th century, made in a marine style. In those days, it was customary to arrange gardens in the same style, with strict symmetry, following the pattern of Italian or French palace parks. 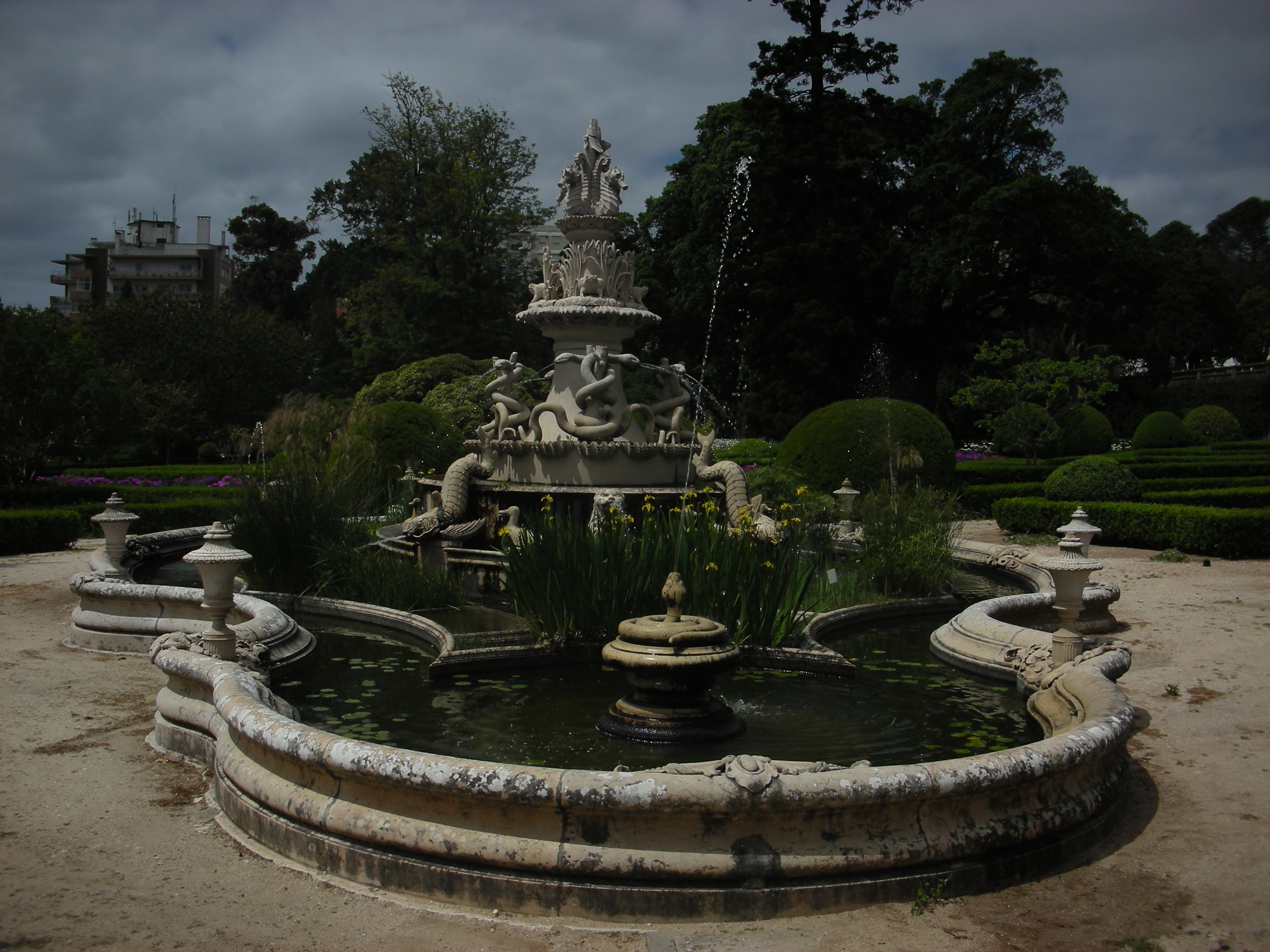 To design the Royal Botanical Gardens, Italian naturalist, future professor of the University of Coimbra, Domingos Vandelli was invited. He had very significantly filled the garden collection with plants from his native city of Padua.

Located in two levels, the Botanical Garden looks like real court park. From the top terrace, there is a nice view over the surrounding area. It is best to observe the baroque boxwood gardens exactly from that spot. The paths between the parterre of the park, resembling a labyrinth, are strewn with gravel. In the center of the boxwood partners, there is the main fountain of the Royal Botanical Gardens – Fonte das 40 Bicas. Built in the XVIII century, it is replete with sculptures of fantastic animals.

Walking on the lower terrace it is easy to imagine yourself a guest of the Portuguese royal court.

Now the Royal Botanic Garden of Ajuda is one of Lisbon’s most popular historic gardens. Fortunately, the Portuguese climate is favorable for many species, which are growing here. People come here in order to rest from the vanity of the capital city, to wander about through the ancient alleys, to admire the collections of plants from every corner of the globe.

Not all periods of garden’s existence were successful – the collection, having more than 5000 species in the best years, a couple of times was reduced even to 1200 species.

Huge damage to the botanical garden was caused by the Napoleonic invasion in 1808. Funds for research and maintenance of the garden were extremely curtailed; most of its collections was destroyed. Felix de Avelar Brotero, who was the director of the garden until 1828, with the support of King John VI, was able to recreate the collection at the end of the hard times. According to the king’s decree, every Thursday, if only it was not a holy day, everyone had an opportunity to observe the garden collections.

Unfortunately, because of the new decline in the country, in 1836 the Botanical Garden was transferred to the administration of the Academy of Sciences. As a result, from a decorative collection, it was transformed into a research laboratory for the study of seeds and plants.

The 1960th were no less tragic in the history of the Botanical Garden – the strongest hurricane caused great destruction. The reconstruction work took more than one decade and ended only in 2002.

Nevertheless, now the garden looks beautiful and, perhaps, even sumptuous. But in Lisbon, everything looks this way – the atmosphere of the Portuguese capital is full of contrasts – covered with moss, the eternal companion of maritime cities, the ancient coziness of once prosperous city, the centuries-old traditions and the cheerful optimism would enslave your heart.