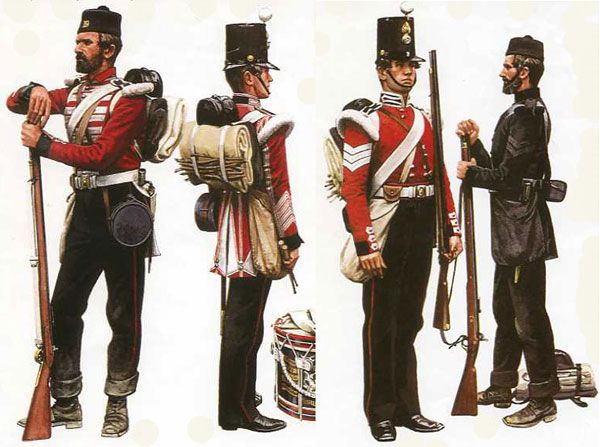 Considering the depth of mutual animosity and suspicion between Russia and Britain after 1815, it is astounding that the bear and lion have fought each other only twice. British forces played a haphazard role at Winston Churchill’s behest, supporting the White interest in the 1919-21 Civil War.   Between 1854 and 1856, the states clashed much more fiercely when the Crimean War made a flagellation blow on British society: it set a yardstick for military and political bungling, and public accusation about it, which experiences today.

The Crimean War, usually known in Russia as the Eastern War, is nonetheless a rather derelict topic amongst historians. It is well-known in the popular imagination, if at all, for the British-French siege of Russian troops and the induction of the Light Brigade in the Crimean port city of Sevastopol (Sebastopol).  Nowadays, most British children leave school unaware of all historical events set aside the two world wars, but they obtain fragments of folklore about the Crimea, particularly rewarding to teachers of leftist leanings.  They learn that dull aristocrats initiated a war with Russia during which even stupider ones in uniform then misspent thousands of soldiers’ lives on the battleground. Florence Nightingale showed what an open-minded woman could accomplish in transforming the care of the wounded after men had hideously mismanaged the job; William Howard Russell was the first honorable journalist to depict the madness’s of war while stressing on the newly acquired power of the press.

Orlando Figes, in his collection of essays on the literary and cultural impact of the war, highlights that in the middle 19th Century, many countries- and principally the British- were surprisingly insouciant about making war, and indeed fervent about the manly virtues it was assumed to indoctrinate.  He notices the infamous passage in praise of strife in Thomas Hughes’s immensely influential novel Tom Brown’s Schooldays, printed in 1857. Figes is in the recognizable territory when he describes the ineptitude with which the British conducted the Crimean campaign.

A central feature of the war, as Figes notes down and confer, was the materialization of the ordinary British soldier as a focus of well-liked adulation, neglectful of and partly because of the collapse of those who sent him to war.  Britain’s supreme military decoration, The Victoria Cross, was introduced in 1857 as an honor for courage open to bureaucrats and other ranks alike: the foremost sixty-two were given to Crimean veterans. A significant subtext of Figes’ dispute, although never fully developed, is that Britain bore considerable liability for the depth of the Anglo-Russian aggression. He seems to consider that there was a pragmatist case for Britain to oppose Russian expansionism, but only to a certain point. Figes disputes that British jingoists went much too far, and most likely pushed Britain into a superfluous war.

Orlando Figes ends his own essay with an argument of the cultural legacy of the Crimea which is both more concise and more logical.  He said that in Turkey, the war has been wiped out from the nation’s historical memory.  In Russia, it is a source of animosity that Crimea is in the present day part of Ukraine.