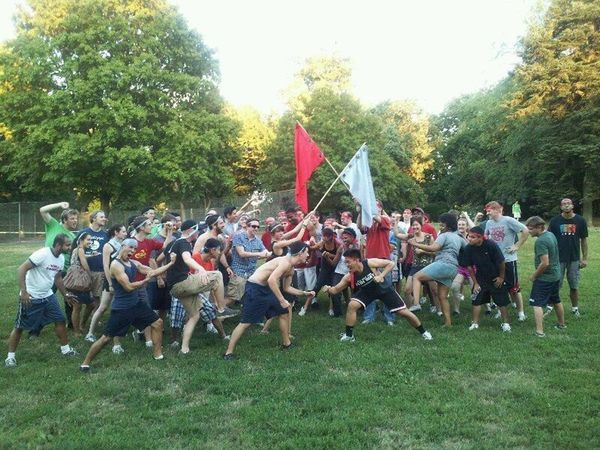 This game has been played for generations; it is simple yet fun and now comes with a modern twist.

To play the game of Capture the flag you will need a few pieces of equipment; if you don’t have the genuine articles then it is easy to find substitutes.

It is worth noting that the kit which includes all the necessary items for this game can be found at Capture the Flag Game.

You must have two teams to play, ideally there should be at least four players on every team; this makes it possible to play fairly.  There is no maximum number of players as long as the teams are evenly balanced.

Once you have the teams sorted each team will need to choose a base, or territory.  This is their home, or safe place.  When a team member is in the base they cannot be captured.

It is common to have a jail area as well to ensure both teams have somewhere to put the prisoners when they find them.

The two teams need to agree on the territory that they will be playing in.  Each team can then have a set amount of time to hide the flag.  Once they are both ready the game starts and each team looks for the other team’s flag.

If you find the flag you need to get it back to your own base in order to win.  However, depending upon the rules you agree the other team may capture you and effectively remove you from the game.  It will be essential to avoid them if you wish to win!

It is possible to adjust the basic rules to suit your teams; depending upon the age of the players and the amount of time you have available.  This is a game which can be played and enjoyed by people of all ages!