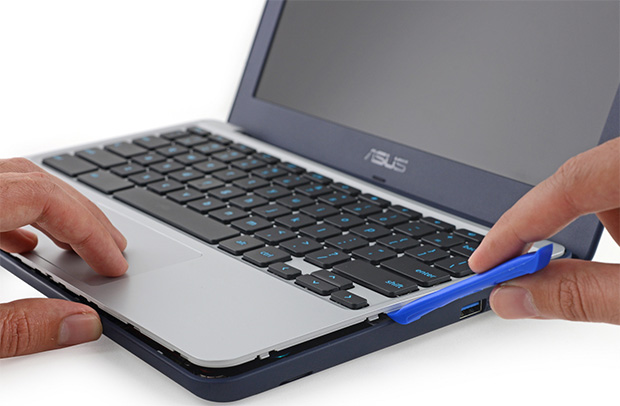 Laptops, for the better or worse, have shed their chunkier form factor to simmer units having much less weight. Now slim and light is always a boon for people looking to keeping their backpacks light and carry the device all day without feeling the heft of it. However, with newer technologies come newer advancements and caveats and that being, how well are slim form factor laptops actually built and will it last like the older ones.

Let start with the device the Mac’s that started the whole trend. We all know that Apple hasn’t always made it easy for people to repair their own devices, speaking from a DIY perspective. The MacBook Air was a triumph over design and portability but it sacrificed a lot of processing power to achieve the slim form factor. But in the process, it also sacrificed rigidity and build quality because now a lot of units survived the daily rough ordeal. Making matters worse, all macbook computer repairs have always been expensive, to begin with, even for the simplest of things like RAM and hard drive it costs you a pretty penny to get them repaired with Apple care.

So has this shift to slimmer form factors affected the mass market in any way?

The simple fact of the matter is that it depends from manufacturer to manufacturer. In case of Apple, the newer MacBook pros look quite stunning but the integration of the touch bar has made the dis-assembly process a total nightmare. To make matters worse everything forms the ram to the storage has been soldered on to the motherboard, thereby making the MacBook motherboard repair quite literally impossible in case any of the components fail. And all Apple is doing to negate that is selling Apple care packages which as we know, do cost a significant sum. Coming to other manufacturers like Microsoft, Their new surface book also holds a very score for repairability because of their sealed shut design and the use of excessive adhesive to shut the unit in one piece. But the saddest thing here is that the user, which owns the laptop has no say in future upgrade paths and these slim laptops get priced on the higher end too.

But I think the industry realizes this and as of late, manufacturers have begun to make these portable laptops repairable and leave options for future upgrades. Take for example the new LG Gram, it is the lightest laptop on sale today and while it isn’t focused on high-end productivity tasks, it has one of the best battery life among all laptops sold currently. Plus it isn’t hopelessly nonrepairable like the MacBook Pro and the Microsoft Surface book, as the user still has options to add in a new M.2 storage drive and extra RAM if the user needs it. Personally, this is a refreshing change from the capitalist clutches of the former two manufacturers and we can only hope that the market learns from them and give the basic user his right on the device.