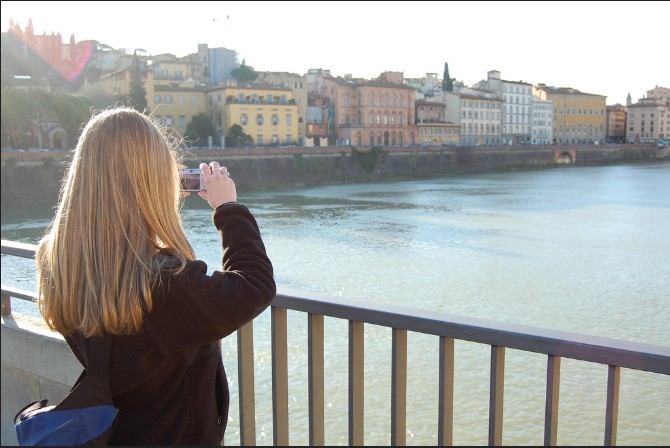 The oldest European country – Portuguese, is not only the country of luxury beaches, tasty wine and nature. This is also the country of rich history. The big amount of castles, churches, towers are situated in the country cities to be saved and kept in order. This is the article to meet you the cozy little cities of central Portuguese. The time has stopped here. Every wall, every stone tells its own story, legend. Each of these cities is architectural masterpiece, the province of all mankind. 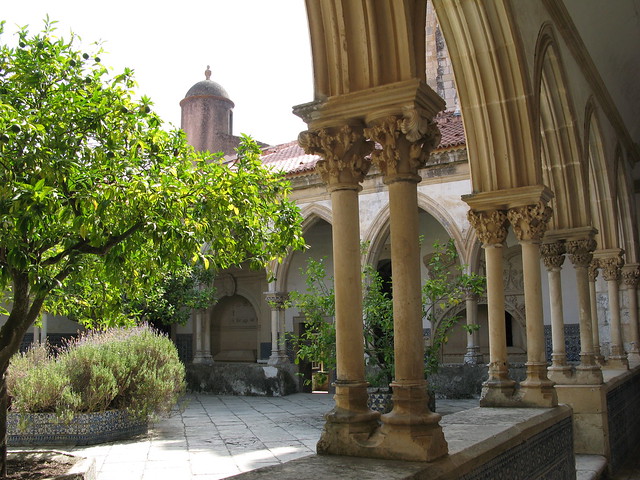 This is the city, full of Templars’ secrets. This is the place, where the most powerful and respectable knights have been founded their final abode – the Castle of Templars. Every small detail in the city speaks about its glorious founders. You can learn everything about life and fight of the most powerful knights of the Middle Ages.

The next stop is a little cute city in the Central Portugal – Batalha. There is the most beautiful building in Europe – Mosteiro de Santa Maria da Vitoria. Charming gothic, stony goffering brings the glory to Portuguese king. The building was constructed by way of gratuity to Portuguese king Joao I to honor his big victory over the Spanish soldiers. This was a place of the king dynasty.

The city got the name from the name of two rivers Alcoa and Baca. There is the biggest church on Portugal, the oldest gothic building. This is the place, where the most glorious lovers of the Middle Ages were buried – the king Pedro I and Ines de Castro. 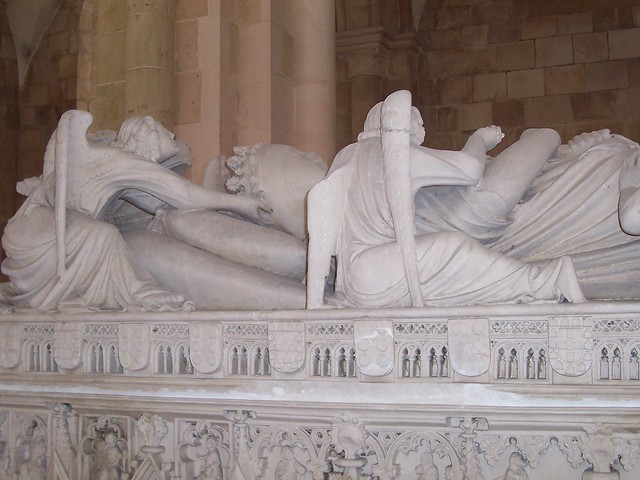 This is the best charming city in Portugal, a real treasure that was built by Portuguese kings. Narrow streets, white houses, decorated with bright flowers, souvenir shops, old churches – this is all about Obidos. The city is called the city of lovers, the city of brides, flowers and the capital of chocolate and famous cherry liquor.

Faro is the capital of Algarve. This is the province, where the life is in full swing. As a matter of fact, this is a transit city. You can hire a car in Faro and start hunting for architectural relics in Algarve. Thousands of tourists come here. You can have some rest in the street cafe and drive your car to the West of the country or to the East. This is not big, but interesting city. The narrow streets, old houses, ancient churches – peace and quiet.

The castle is located in Obidos. The city history starts in the 1st century as a Roman colony. The castle was restored and rebuilt as you can see it in our days. It is surrounded by battlement wall, bastion, arcs and bas-reliefs. This was a lovely place for Royal picnics. The city is famous of its ceramic ware, cherry sweets, chocolate festival and colorful feasts.

Batalha Monastery is situated in the city of Batalha. This is the symbol of Portuguese independence. Anyway, this is an important place in the country life. The Portuguese solders won the battle for independence in 1385. The king ordered to build a church to memorize their glorious win. 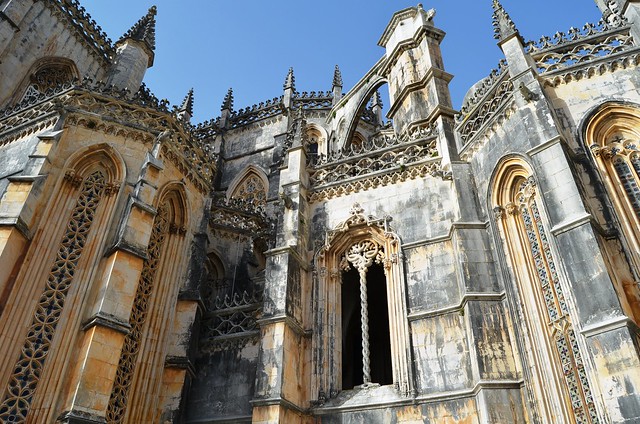 Alcobaca Monastery is the biggest gothic monastery that is located in Alcobaca. It was founded by the king of Portugal in 1153. Traditionally, the king promised to build a monastery to honor his victory. The foundation stone was laid in 1147. The building was named a church and then – monastery. This is the family vault for Portuguese Royal family recent years. You can see carved sarcophagus of Prince Pedro I and his lover Ines de Castro.

Pena Castle is the most famous complex of Portugal, the best architectural sample of Romanticism of the 19th century. This is the unique building that was constructed according to Prince Ferdinand wish, the husband of the Queen of Portugal Maria II. That was the summer residence, beautifully situated on a top of a hill not far from Sintra. The interior of the castle is historically interesting and informative. You can learn a lot of design tricks from the ages of the latest Portuguese Queen Amelia.

Jeronimos is a masterpiece of Portuguese architecture of the 16th century. It was built of while shiny stones with view to Tejo River. The monastery is the greatest historical monuments and architectural samples. It was included into the list of in the world important historical monuments in 1983. The monastery was constructed the 16th century as a big present from the king Manuel I. This is the most admirable architectural samples of the style of Manuel. This is also the most important church in Europe. It has 300 meters facade to be glorious and impressive building.

Casa da Musica cannot tell you about historical battles or old centuries. This is the brightest sample of modern architecture. This is the main concert hall in Porto. The appearance and design are strange and unusual. This is the symbol of the city now. It took about 4 years to finish. There are many problems solved and many interesting configurations are brought to life. It looks really impressive!

Architectural criticism says that this is the most attractive project, where intellectual decisions are masterfully combined with the sense and beauty. In short, this is the best concert hall for the period of 100 years. It is equal in its beauty to Walt Disney Concert Hall and Philharmonic Hall in Berlin. 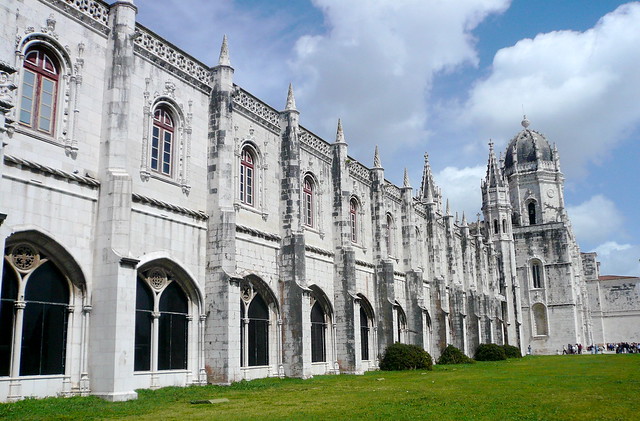 Casa da Musica is the popular stage for three main orchestra bands. It is enough space for everyone. Two main halls can be easily adapted for holiday events, seminars and other meaningful occasions. The big hall contains 1238 visitors all together. The Small Hall contains about 300 visitors. Actually, the amount of visitors can be easily corrected according to your wish. This is the place, where architecture inspires. So, be inspired – come to Portugal!