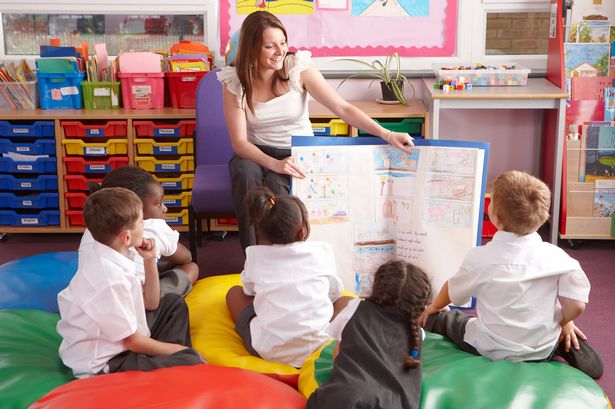 In recent years, there has a been a renewed drive to see foreign languages being taught at primary school level, with educational professionals and ministers arguing for the need to expand provision. This is because at an early age learning another language is seen to impart a wide range of benefits to young learners, in terms of their cultural awareness and cognitive development, while foreign language expertise is seen as an increasingly valuable professional skill later in life. But with many parents, teachers, and pupils hesitant about the challenge of learning another language so young, what are the specific assistances that have been identified by those who believe fervently in its utility?

For a start, it is a widely recognized fact that children learn languages more successfully than older children and adults, having a greater capacity to absorb grammatical concepts and new vocabulary. They are also alleged to be more receptive to language learning and possess a natural eagerness that older kids with entrenched preferences and habits lack. The primary school environment is also seen as exclusively suited to the process of foreign language teaching. Because primary school teachers have responsibility for a single class all year round, they are able to assimilate an additional language teaching with the teaching of other subjects, aiding to shape a holistic approach to language learning. While it is recognized that many teachers presently lack the necessary expertise to pursue such an integrated approach, it does not change the fact that primary education offers an exclusively supportive environment for the young language learner.

Ines Cano Uribe is a language teacher and trainer and she is currently working on her degree to become a clinical psychologist. She is a CELTA/ TEFL certified language teacher, fluent in Spanish and English.

In terms of cognitive development, learning a second language has been testified to help children inhibit the recall of unrelated information while enhancing the focus with which they approach their learning. Additionally, some studies have suggested that setting the foundations of language learning at an early age leads to more operational learning at secondary level, meaning greater comfort and proficiency with the language. While the evidence for this effect is not conclusive, it is true that introducing additional languages at an early age increases the child’s confidence and comfort with a second language, which can help to overcome some of the uneasiness experienced further down the line.

Lastly, as Ines Cano says, language learning is respected for its contribution to cultural awareness. Learning another language acts as a postern to a new culture, helping to extend horizons and improve children’s receptivity to new values and ideas. In today’s globalized world, this kind of early cross-cultural understanding is a significant attribute. Proficiency in a foreign language is also a treasured skill that can develop job prospects in later life, meaning an early start could be accurately the right move to give children an aiding hand on their path to future success.

In conclusion, it is problematic to make a case against the teaching of foreign languages in primary schools. The cultural, educational and economic benefits are such that children will gain infinitely from early contact with a diverse way of speaking. While broader provision poses some challenges, the possible gains make this a goal worth pursuing.