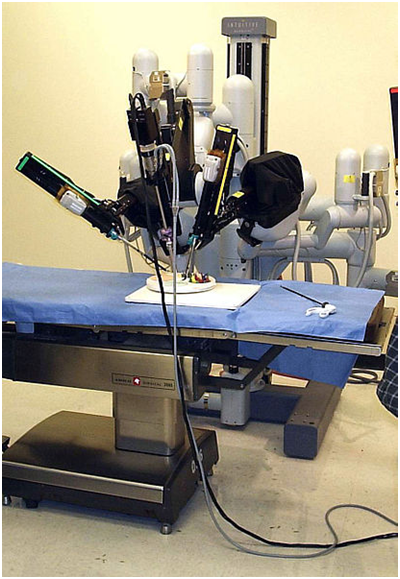 When Siobhan Morris underwent a kidney transplant recently there was something rather special about the surgeon. The operation, which took place at Guy’s Hospital in London, was carried out by a robot. Da Vinci boasts 3D vision and four arms.

Worldwide, there have been over three million surgeries carried out by 3,600 Da Vinci machines. Controlled by expert human surgeons, the robots increase accuracy, reduce the chances of bleeding, and of course, eliminate the chances of human error as a result of hand tremor.

Ms Morris’s operation was the first robot kidney transplant to take place in the UK, although Da Vinci has already been involved in paediatric, gynaecological and lung surgeries.

The number of procedures being carried out by robots is steadily increasing. There are about 60 robots performing surgery in the UK, two of which are at Guy’s. The machines cost around £1.8m each, which has been met by donations and grants. The benefits are huge. Not only is there less bleeding, but recovery is quicker and there is less pain. Cost is, of course, a major problem, however, it is hoped that this will change over the coming years as rival machines come onto the market and demand drives costs down – https://www.theguardian.com/sustainable-business/2016/jul/23/nhs-robots-doctors-hospital-surgery-staff.

Verb Surgical, a start-up, is in the process of developing its own robot, as is Medtronic, a company based in Dublin, who are working in conjunction with DLR, the German aerospace centre. There is also a range of companies working on developing miniature robots for surgery. These are being tested by companies like http://www.gandlscientific.com/contract-research-organization/, a contract research organization.

Professor Sanja Dogramadzi, robotic professor at Bristol University, is hoping a whole family of surgical robots can be invented, all with haptic feedback. This will give them the biggest advantage, which currently can only be found in human surgeons, a sense of touch. This will be a massive hurdle if overcome. Force and tissue texture and size are important information for a surgeon. They need to know what they are dealing with. Is there a lump? How hard is it and how big?

Robots with haptic feedback are being tested at Guy’s too. Stiff Flop is an octopus inspired robot. With this additional functionality, robots may no longer be programmable machines, but smart assistants which can learn.