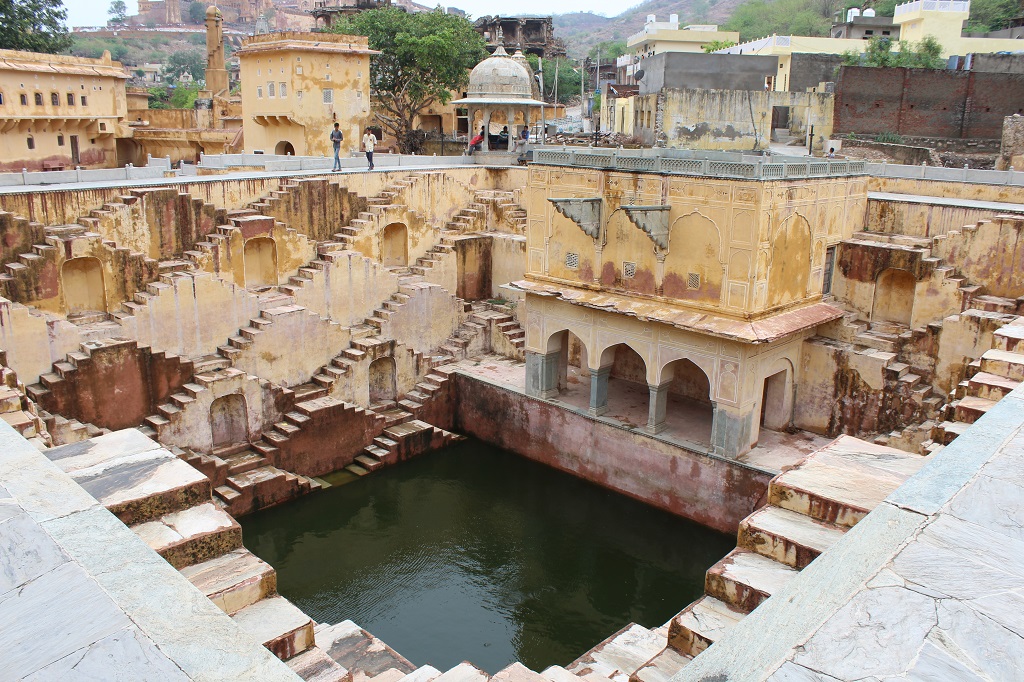 For a backpacker thinking of visiting India, sites like Taj Mahal, Red Fort, etc, are all that comes to his or her mind. But that’s not the right way to picture India.

In India, we have 29 states which are a combination of 350 plus kingdoms (just before 1947). Most of these dynasties had a different language, culture and cuisine.

So if you think that by just exploring Taj Mahal or other sites of Rajasthan is more than enough to understand India, then you need to read this post till the end.

In this post, I have shared eight Indian Ancient Stepwells sites which are spread across 1500 km from Northern to Western India and it took me five months to cover them.

Stepwells are wells, but not just to store water. In India, stepwells were created to improve ground water of a whole region since the 8th century. By the 12th century, rooms have been set up in stepwells for travellers as the temperature inside these stepwells is 5 degrees lower from outside.

So, the first stepwell I visited (also the first in the list of eight) is:

Created in the 8th century at Abhaneri, Rajasthan, Chand Baori is just 100 km from the famous Jaipur city and has been featured in Hollywood movies like Batman – The Dark Knight 2008 and The Fall 2006.

I visited this stepwell this month, and this is by large one of the biggest and most decorated stepwell in India. Rani ka Vav is located at Patan, Gujarat and was recently added to UNESCO world heritage site. Rani ka Vav has more than 500 statues from Indian mythological stories and is simply a delight to watch.

Adalaj Stepwell is in Gandhinagar, Gujarat and a popular tourist site among locals. Adalaj Stepwell is a six-story deep stepwell with many decorated pillars, walls and the best way to describe is simply amazing.

Rani ki Baori or Queen’s Stepwell was is a 17th century AD stepwell in Bundi city which has been a princely state since 14th century AD. This stepwell has two well-arched gates with statues of white marble elephants on every pillar.

An 11th-century temple dedicated to Sun God, this temple in an open art gallery where you will find a huge stepwell and more than 200 small statues crafted on temple walls and pillars. Well, I was here to collect the images of the stepwell, but the real deal is the architecture of the temple.

Situated just next to the famous Amber Fort of Jaipur, Panna Menna ka kund is a lonely but lovely stepwell site in Jaipur. Though most travellers who are interested in visiting stepwells are only aware of Chand Baori (as its just 100 km from Jaipur) but Panna Menna Kund is worth visiting.

Neemrana is famous for its Palace turned hotel (Neemrana Palace), but this small rural city has an 11 storey stepwell site, called as Neemrana Baoli. Neemrana Baoli gives an impression that stepwells in the 12th century were used at Guest house for travellers as top three stories of Neemrana have more than 100 rooms type structure.

And the last baori stepwell) which is worth seeing in western India is Toonwar Jhalra Stepwell. This stepwell is in the royal city of Jodhpur and is quite a replica of Chand Baori. The best part of this stepwell is that it’s still improving the water level of neighbouring colonies as Jodhpur is still a dry land.