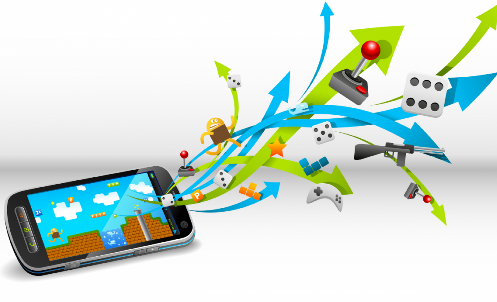 There are many web platforms that have secured a place in each and every person’s palm-sized device. According to the present scenario, we can witness two main giants that are leading the race of the best platforms for developing apps – iOS and Android. iOS and Android are the two major giants who have taken the technical world by a storm.

It is believed that as iOS is a closed source no third party tools are incorporated to add or modify any of the features and this helps in preserving the quality of the iOS apps. Millions of developers are making gaming apps powered by iOS, with only a few of them getting the permission to feature in the app stores. If you want to get your apps recognized and approved by the app store, make sure that they are not a run of a mill. Any Tom, Dick and Harry can create an ios game, but it requires something special to make it to the app store.

Keep it free from bugs:

No one would appreciate the fact that a particular game has caused the iPhone to suddenly crash. It is advisable to run your apps several times in order to detect bugs and take immediate actions so that it runs efficiently on the device. Before deploying an app remove all the bugs present in the app to make it less distractive and more attractive.

An app that keeps the users glued to the screen would help in making a considerable place in the app stores. The app store takes into account all those apps that manage to catch the users attention. Hence apps that are creative with a touch of cognitive exercise goes a long way in creating a place in the iPhone app store.

Beautiful things are indeed quite attractive in nature. An app that is attractive in nature goes a long way in withholding a place in the app store. Prepare layouts that are catchy with vibrant colors and eloquent fonts that tempts the user to download it.

Performance plays a great role in getting a place in the iPhone app store. The gaming apps that have been created should emit a flare to adopt the device effortlessly so that it functions without any hindrance.

By enabling the share feature you not only get a hold on your user but can also expand your market by inviting other users into downloading the app. This way you get to expand your community of users to an extent that is quite large in number.

Make an app that is not only entertaining but also serves a purpose so that the user does not hesitate to spend a considerable amount on the app.

Apart from keeping in mind the above-mentioned iOS game development tips, put in your best of effort in designing and developing an app that gets its place in the app store. Do not lose hope if it fails to get accepted, try something different and learn from your past mistakes so that the scope for entering the app store widens.