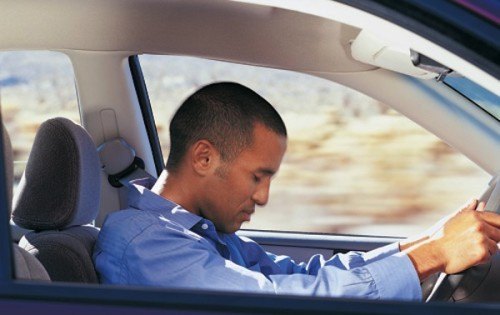 Let’s face it, being under the weather means being less than our best. Not only do we not feel good, but it can make concentrating considerably more difficult. For this reason, we’re encouraged to take a sick day at work, and rest and recover. However, being sick can do worse than simply affect our performance at work, it can also have a profound impact on our ability to perform even basic tasks, like driving.

According to a study from a U.K. based car insurance company, drivers suffering from a cold or the flu can be just as dangerous as those who are under the influence of alcohol. According to ABC News, the study revealed that driving abilities of sick or unwell drivers dropped by close to 50% while recovering from the effects of their illness. While the full results from this study have yet to be disclosed, the reports indicate that driving while sick could have the same effects on reaction time and concentration as drinking four doubles of whiskey before operating a vehicle.

One of the biggest problems with driving while you’re sick is that your reaction time is slowed considerably. The body takes a considerable amount of energy to fight of the invading cold, which is part of the reason why you might feel a little “fuzzy” or “cloudy” when you’re not feeling well. Additionally, some people get dizzy when their feeling sick, especially when they have the flu. This can provide enough of a distraction while behind the wheel to cause an accident.

Typically when we get sick, the first reaction is to reach for the cold or flu medicine. It helps with the aches and pains, quiets the cough, and makes getting a full night’s sleep possible. However, most over the counter medications, which help to keep the symptoms at bay, can also have a profound effect on the mental clarity of a driver. Not only are most of these medications loaded with alcohol, but they also contain other medications such as dextromethorphan (DXM) which can also lend itself to a delayed reaction time and loss of control. It’s important to be considerate of the medications you’re taking before getting behind the wheel. Especially as a dose of cold medicine can also result in a DUI charge if you’re pulled over.

Be Well and Travel Safe

Your physical and mental state of mind both have a considerable effect on your ability to drive your car. You might not even need to be sick to be a danger to yourself and others while on the road. Driving while you’re angry or upset can also cause a distraction and delayed reaction time when behind the wheel. Because of this, it’s important to make sure that your are in a good standing, both mentally and physically before getting behind the wheel. If not, take a moment to consider driving, and make sure you’re truly up to the task. Sometimes, you might find that the risk is not worth the consequence and it’s better to take some time, rest and relax, before trying to go anywhere.