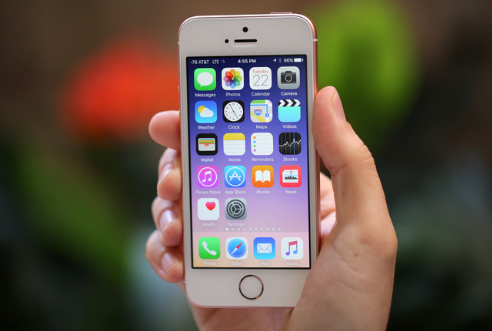 The year 2007 saw the birth of one of the mobile giants that were soon to create history in the world of smartphones. This gigantic invention in the world of smartphones was little aware of the fact that it would be the most prized possession in the years to come. With developers, designers and many other technical professionals working round the clock, the quality and standard of the iOS phones are accelerating with every passing time. We have people who are in the iPhone app development process looking out to mark the significance and importance of apps that would be featured in the app store. So did the legacy of iPhone began ? Let us look at the journey of iPhone.

It made its debut in the year 2007 with a display screen of 3.5 inches and a 2-megapixel camera which was named as 1st gen mobile phone. The year 2008 welcomed the updated version of iPhone that was known as iPhone 3G with a built-in GPS and more storage power. It also had a location service and faster connection that added a feather in its cap. Then came the iPhone 3GS – a faster and more updated version in the year 2009. Next in line was the iPhone 4 that entered the world with pomp and charm in the year 2010. It had a face time video chatting and also contained a high-resolution retina screen. After these releases, the inventions did not end here. iPhone 4S was introduced in the year 2011 with much funfair and galore, that attributed a 512MB.

The growing popularity and the addiction to iPhone gave the apple founders an entire year to come up with something new and attractive in nature that would conquer the curiosities of the iPhone fans. With the number of fans increasing and the wait for an updated and newer versions of iPhone, each year saw an updated product of the iPhone product. The year 2012 witnessed the introduction of iPhone 5 with a 4inch screen and that which started the gen next smartphones by initiating the line. Then came the version with the new motion data processor phone named as iPhone 5S with touch ID in the year 2013. iPhone 5C was also launched along with iPhone 5S in the same year.

The year 2014 saw the launch of yet another version that created a ripple in the technical market. iPhone 6 and iPhone 6plus was launched in a rose gold color, apart from the black and white colors. It has a screen size of 5.5 inches, upgraded cameras and NFC-ready for access. The iPhone models 6S and 6S Plus made its impact in the year 2015 with a 4.7-inch display screen. Then came the iPhone 7 and iPhone 7Plus in the market after much anticipation and once again the iPhone fans were all head over heels with this updated model and version in the year 2016.

With newer and updated versions of iPhone invading the market we have iPhone app development needs soaring sky high with each passing year. The journey of the iPhones is indeed remarkable in nature. When the first phone was launched there were people standing in queues to purchase the mobile phone, which gave it the name of Jesus phone with its much-awaited anticipation doing the round before its initial release. The world wouldn’t have guessed what’s in store for them before the release of the first iPhone version, which later on created history.