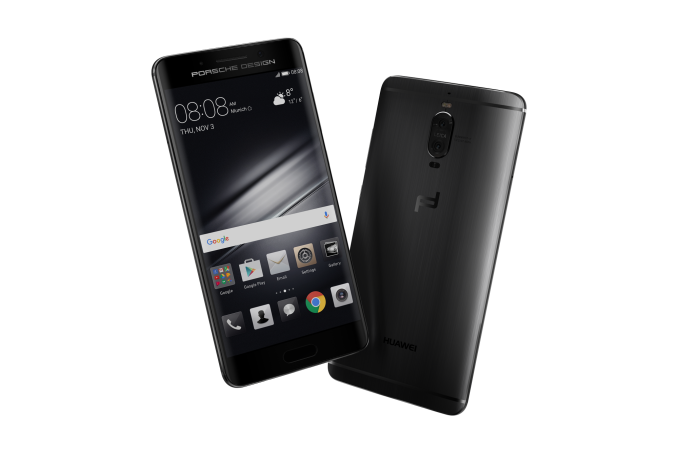 Chinese tech giant Huawei Mate 9 is official and it comes running its own HiSilicon Kirin 960,  world’s best performing smartphone processor. This device sports a 5.9-inch display. Smartphones also feature a 20MP + 12MP dual-Leica cameras, with optical stabilization and autofocus. The screen is covered with a piece of the 2.5D glass. Stylish and thin design, powered by the 4000 mAh battery. the phone packs 64GB of internal storage.  Comes with a suggested retail price of EUR 699 (roughly Rs. 51,600).

Obviously, the first thing that catches the eye, that is especiallu the gigantic screen 5.9 inches. It is, a slight modification of the previous Mate 8 with 6 inches display. In terms of design.Huawei Mate 9 has a very different, more comfortable when compared to the smartphones.

The screen is the star of the show, taking most of the space on the front of the phone. Too bad it stops at Full HD resolution, Some smartphone manufacturers offers 5.9 inch display smartphone with Quad HD display, supports for its Quad HD, but the manufacturer still managed to make it enjoyable. The construction seems good at first glance, and the phone has a comfortable weight 190 grams.

The big new feature of this model is especially the dual camera sensor certified by Leica, The main rear camera is a 20MP Monochrome sensor along with a 12MP RGB sensor,  although the quality has theoretically been revised upwards.

At the rear, the “Porsche Design” logo is placed in the middle of the hull. Above include dual camera sensor with the Leica mention, and the LED flash and autofocus. Another small detail, the jack is deported on the lower end of the smartphone instead of an audio output.

Monochrome camera offers a better resolution than the color one, that wil give you hybrid zoom. And coming to the video chat side, this smartphone offers front cameraa 8 MP, f/1.9, 1080p.

This device comes with the world’s best processor, Kirin 960 SoC (main processor), the 4K video recording makes an apparition on the Huawei line-up with the Mate 9, Equipped with 6GB of RAM. The internal memory is increased upto 256 GB (64 GB on the classic).

Mate 9 powered by the arrival of EMUI 5.0 does not change much in its usual interface. It was quite good software, but not better than Google DayDream.

Note that Huawei has played the game and managed to mix the new Android 7.0 Nougat, such as multitasking, for example, with its own shortcuts. Thus, it is possible to launch the multitasking on the screen. Completely upgraded version for android lovers, Huawei says that 50% of the functions are only 2 taps away.