The whole nation is excited by the launch of new Hyundai Elantra, whenever we think of the Elantra sedan, we imagine a model that is spectacular to the core. Now with the new car which is the 2016 model, consumers can look forward to a greater level of magnificence. Hyundai has emphasized greatly on the design of the 2016 Elantra, and the styling of this new-gen car is bolder compared to its predecessor and it looks more aesthetic as well. The company has also improved the strength of the exterior material and the 2016 Elantra is manufactured with a 53% (AHSS) Advanced High Strength Steel and it caters to superior strength from impacts and the other advantage is better handling and comfort. The car also has a bigger dimension compared to the previous model, it is wider by 25mm and longer by 20mm. 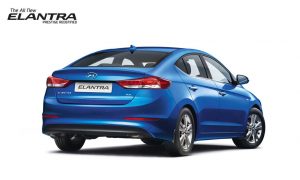 The new Elantra is certainly a supreme source of attraction and from design viewpoint it is of a greater inspiration compared to its predecessor. A highly strong contender of new Elantra is Honda City and it will be interesting to analyze the more powerful competitor. Let us compare the two cars and come to a conclusion. 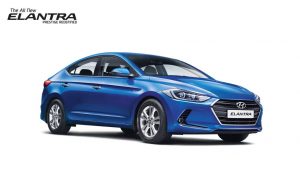 A major significant feature of the 2016 Elantra is the insertion of a more powerful chassis, and it has a 53% superior advanced high strength steel (AHSS). This vehicle is now more aerodynamic that the previous model, the body of new Elantra is engineered with a vision to offer superior drive dynamics. The car has 25.3% improved bending strength and 29.5% improved torsional rigidity. The most noteworthy improvement is the better handing and ride, and when it comes to design, Hyundai is a pioneer, evident from its discovery of the ground-breaking Fluidic design technology and now on the new model this design technology has evolved to a whole new level and it is visible on characteristic European lines. On the front is professionally sculpted hexagonal grille filled with sparkling chrome inserts, new arty vertically positioned LED day time running lights and sweptback headlights. The vehicle has newly constructed bumper and highly fashionable boomerang fog lights.

Honda is working on 2017 City facelift and it is going to launch in 2017 January, currently the car is christened 2GC and its biggest rivals are new-generation Hyundai Verna and 2017 Ciaz facelift. The 2017 City facelift will be engineered with the advanced ‘Exciting H Design’ technology and some of the interesting exterior features to look out for are futuristic side creases, bugger projector headlights with illuminating LED daytime running lights, new rear and front bumpers and professionally designed chromed grille. Also watch out for the wraparound tail lights that will have a structure that resembles the Civic and the design of the boot lid is similar to the present car.

Whenever we think of a car with advanced and rich interiors, it has to be Elantra, and look forward to a greater level of opulence and technology in the 2016 model. The cabin décor is even richer and the primary sight of attraction is the stunning dashboard with a splendid eight-inch touchscreen infotainment system with new generation Blue Link telematics and connectivity and Apple CarPlay. The other awesome features are LED door handle approach lighting, dual-position seat memory and Hyundai’s hands-free smart trunk release. For optimum convenience the car has automatic climate control, rear air con vents, cruise control, push button, anti-pinch electric sunroof, smart boot opening and rear seats with 60:40 split capacity and so on.

According to reports, the interior of new City facelift resembles the current car, and it is going to be richly feature packed. The car will have power outlets at back seats, superb 5-inch LCD display, rear parking camera, air con vents for rear and front passengers, world class audio system with eight speakers linked to Bluetooth, Aux-in and CD player connectivity.

The 2016 Elantra is engineered with an advanced 1.6-liter CRDi VGT diesel and 2.0-liter petrol VTVT engine. The energy output from the diesel car is a whopping 265Nm and 126bhp and the petrol car gives 190Nm and 150bhp.

The 2017 City will have a potent 1.5-liter i-VTEC petrol engine that is likely to give out 145Nm and 117bhp. The diesel car will run on a 1.5-liter i-DTEC four-cylinder engine that is expected to yield a maximum power output of 99bhp.

With regard to design the 2016 Elantra and new City facelift are equally good, and both the cars are engraved with innovative design technologies. The interior of new Elantra has more features than City. The safety features of both cars are highly advanced, but Elantra offers greater level of security and it has a superior engine power as well. The cost of Elantra is dearer by a vast degree, but it provides greater level of feature richness and technology and people who are keen on comfort, engine power and safety would want to buy the 2016 Elantra and hence it is a better car to buy.