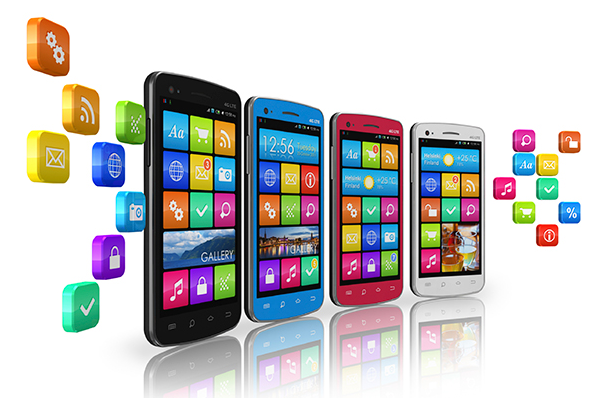 Your guess is as good as mine – It’s Android !

Every Android lover would definitely be cherishing the fact that their world revolves around the applications and the . From operating mobiles to using the legions of apps that the android market has to offer is what keeps the mobile users connected to the world.

The cute little green colored robot has managed to make a place in devices that range from mobile phones to a television set. It is an operating system that makes the functioning of the device quite smooth and efficient. With the increasing number of preferences for android based mobile phones, google is making a strenuous effort looking for an efficient android mobile app builder. So why is there a lot of emphasis on Android? Let us begin from the beginning that extends up to its latest versions and the number of users that it has managed to lay its hands on.

An operating system that has managed to create a ripple effect in the world of technology saw its emergence around eight years back. It all began in the year 2003 with the incorporation of Android Inc, founded by Andy Rubin along with other co-founders – Rich miner, Nick sears and Chris started Android Inc in Palo Atlo, California. In the year 2005 google bought Android and started making technical advances in it.

It all began in the year 2007 when Android started off with Alpha. The advent of the android applications saw an exhilarating trend with versions that followed after Alpha and swayed till marshmallow, which will witness a further advancement in the versions. The versions of Android are all named after mouth-watering sweets that resemble the cuteness of the android robot. It started with Alpha followed by Cupcake, Donut, Eclair, Froyo, Gingerbread, Honeycomb, Icecream Sandwich, Jellybean, KitKat, Lollipop, marshmallow and the latest named as Nougat that is all set to make a prominent effect in the android world.

All the versions were released in the alphabetic series with an improvement in their API levels. Higher versions usually give advanced and better features and functioning for the mobile devices.

Significant features of the Android

One of the main features that distinguish Android from the rest of the operating systems is its user friendliness. Availability of a web browser, messaging, multitasking, screenshots, tv recording, video calling, Bluetooth, tethering, hotspot, designed according to different sizes and screen structures of java, storage of data, applications from the app store are some of the significant features of Android.

Before we go through the thick and thins of a mobile application let us have a look at some of the examples of application that we use in our day to day life. There have been times when the apps have been to our rescue where no humans would have rendered a service that is so quick and conducive.

Want to find out a number that is not saved in your contact list ? – Go to the true caller app.

Want to easily communicate through text messages, video calls, visual and audio contents ? – WhatsApp is at your service.

Want to dress out mobile phones through cool and interesting wallpapers ? – Zedge gives you billions of options to choose from.

These apps have made human lives interesting and much easier. A click is all that it takes to avail these services that range from being easy to complicated, within a fraction of a second.

When we talk about apps that are built exclusively for the android users, we have a never ending list. With more and more people going in for phones powered by android, the development team is in search for android mobile app builder who can build apps keeping in mind the taste and preferences of the users, in order to garnish the maximum number of downloads.

Author Bio: The above article was written by Rebecca Cole, who loves to write content on WordPress Development, eCommerce, Mobile Website Design, SEO and many more.