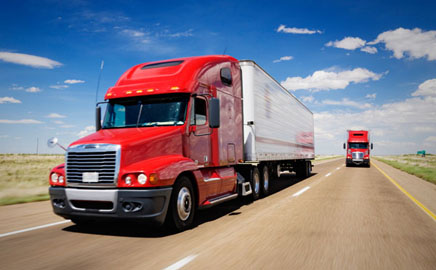 There are some things in this world which never change, and there are few more which change faster than anything. One such industry that finds the rapid change in 2016 is the trucking industry, and it gets tougher for the trucking corporations to keep track with these changes. Since the deficit of the drivers still persists in the market, it gets tougher for the truck operators to stand up to the changes that the industry demands from them. The economy as a whole might have taken a back seat, but as far as trucking is concerned, it has got a long way to go. But the experts believe that the effect of the economy will also have some consequences on the trucking industry as well.

The economy will bear some kind of close watch in 2016, and it has been summarized that the US economy is running faster by 2.5% than the current trends and will keep continuing for the first half of the next year as well. With some cautious investment in the weak global environment, there has been some domestic momentum which the market has gained. Some of the factors that have actually gone on behalf of the truck operators are the strong growth in the job perspective, a little pick up in the wage pricing along with the sustained gasoline prices. These three combined together has actually helped to boost up the consumer optimism and hence turned out to be a driving force in increasing the expenditures of the consumers as well. If all these can be summarized, Fred Barbara, one of the striking names in the trucking industry, forecasts it to be no doom, but the only boom for them in the coming year.

One of the critical issues that all the trucking corporations will keep facing in the year to come is the dearth of quality truck drivers, mainly for the long haul operations. The quality truck drivers will keep being the limiting factor for the growth in the trucking capacity. Experts believe that most of the problems that the freight logistics industry will face in the coming three to four years will actually boil down to the capacity issues. Since the e-commerce industry finds a substantial amount of boost, the freight volume is definitely going to increase at a good enough rate, but trucking corporations will not be able to live up to it.

One of the cost efficient ways of running this business has always been maintaining the safety factors, and hiring safe drivers and maintaining trucking authority are the key concerns. The government will keep having their safety regulations installed to play their own part safe, and this expects the trucking corporations to take some positive action as well. Even the high tech remote diagnostic centers have been built on the highways to ensure the best maintenance and repair of the trucks on long road tours. Although the OEM parts have been shuffled with the proprietary technology, it makes complete sense in not counting the role independent service providers at all.

Fred Barbara believes that although there will be some positive impact of the technology, a major portion of the safety remains in the hands of the drivers. So the better their quality the farther do the trucking industry promises to go ahead.