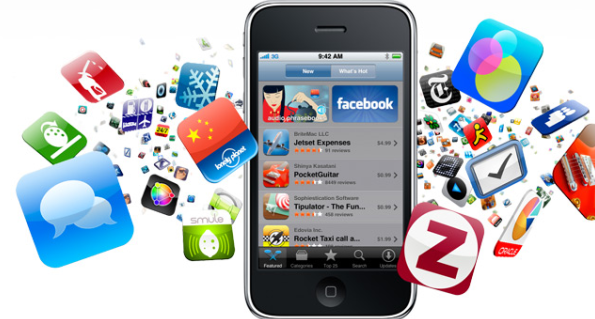 Applications have taken the world by storm and here we have the developers who are contributing to the intensity of the storm and thus increasing the strength of the developers in the technical market.

With every passing day, applications are making an entry in the technical world at the speed of the ticking clock. Hence it becomes necessary to pass them through some sensors so that the quality of the apps can be maintained to a large extent. Before you develop an app the developer should possess some of the exceptional qualities that make the applications stand out on the world wide web platter. IOS application development has become the talk of the town with more and more developers wanting to lay their hands on the iOS development. Many companies are also looking out for ios application developers so that they can capture the loyal and promising users for their websites.

So before we start making apps for iOS, let us see some of the factors that need to be considered before we hire a developer for application development on iOS.

What special he has on his platter:

Before zeroing in a developer, look at some of the works that he has done previously to have an idea about his efficiency and competency along with checking the authenticity of his work. It would be beneficial if you make an effort to use the apps so that you can have a live example of the work.

How long has he been in developing:

Experience plays an important role in deciding whether he will be able to tackle and handle the market with ease and efficiency.

Before and after support:

A developer usually develops an application and makes it live at a stage when it is ripe and ready for harvest. Always make sure that the developer would be available to provide services after he has incorporated the website online .

A Test before Rest:

Before the application is made live make sure that the developer makes a double check about the successful running of the app before it is made live to the users at large. This highlights his quality of being alert and professional.

Communication is the bridging stone that leads to the proper growth and development of any project undertaken. The developer should not only listen but should be empathetic so that he will be able to understand what the client exactly wants.

Each and every project comes with a deadline and the developer should follow the deadline. It should not be held up for a period that is too long. Choose someone who works efficiently and tries their level best to complete the given task on the prescribed time.

The developer should be having a good hold on the programming languages so that the best of results are procured with affirming.

The ocean has a variety of fishes in it, it becomes the duty of the fisherman to catch the fishes and differentiate the good fishes and the bad fishes and accordingly make the right choice. The technical world has a bunch of ios developers and you have to find out which developer will accelerate the steering towards success.