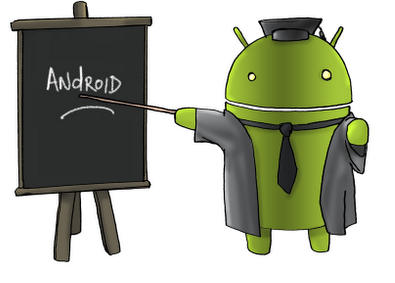 The operating system that has managed to engulf the people through its services and products is one of the most sought after technical invention. More than half of the world’s population carrying a device that is powered by the human-like robot, named as Android, is the proof of its increasing popularity. This has led to the emergence of android application development company that is in the race of providing the best applications. The glaring popularity of Android has manged to hide some of the useful facts and information under its light that could not be noticed.

Let us glance through some of the facts and figures of android that were unknown and quite astonishing to the layman.

The logo and name of the Android operating system was coined keeping in mind Andy Rubin, the co-creator of Android Inc, who showed immense love and obsession towards robots. Hence the logo depicts a robot with a human appearance. Android emphasizes the masculine gender of the robot whereas Gynoid emphasizes the feminine gender.

The stepson of Google:

Android was not a product of google but was adopted from Android Inc. Google acquired android in the year 2005 and released its first android powered phone in the year 2007.

Did you know that except for the first two versions, the other versions of android are named after sweet dishes?

Android is a purely open source operating system which provides an ocean of opportunities to all the developers to modify and make the necessary changes in the source code and also invent additional features in the operating system. It is said that Google being a member of OHA- Open Handset Alliance has motivated the android users or any other third party to have an easy access to the source code of the operating system. This has encouraged a ray of flexibility in operating and utilizing the open source platform to bring about innovations in the field of technology.

Did you know that there is a device in space that is powered by Android?