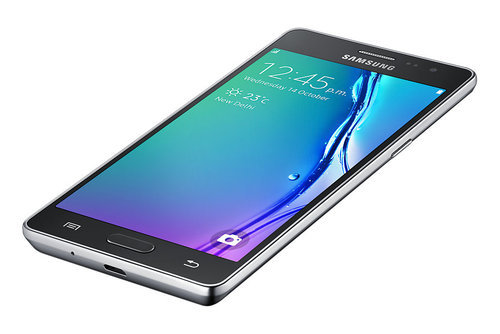 Coming to the front side of the smartphone Samsung Z2 has design with 4-inch display, with the notification LED, earpiece, volume control buttons positioned on the right edge of the smartphone, and the power button placed at the left side. Features a 3.5mm audio jack, Coming to the backside smartphone houses a 5MP camera and the speaker grille, This device compatible with 2G, 3G and 4G networks.

It sports a 4-inch IPS LCD Capacitive touchscreen with screen resolution 480×800 pixels very decent display. Gives the Pixel Density  235 PPI, Viewing angles are fine, smaller screen, but not a good choice for playing video games. But you can easily handle the phone, Available in Wine Red, Black, and Gold colors.

Equipped with quad-core processor clocked at 1.5GHz coupled with 1GB of RAM, the Z2 offers 8GB of internal storage and you can capability of expanding internal memory via MicroSD cards of up to 128GB in size. This device has designed with the dual SIM Slots.

Powered by the 1,500mAh battery, According to the Korean company claims lasts for up to 8 hours. On the side of connectivity smartphone comes with Wi-Fi 802.11 b/g/n, Bluetooth v4. 0, USB 2.0, GPS and Glonass. It is the cheapest Tizen phone.

Not an excellent camera smartphone, For photos, the Z2 packs a 5 megapixel backside camera with LED flash, Good Video Recording.  and for video chat 0.3MP front camera. According to the reviews of several tech sites, the cameras to be functional at best.

The Tizen based operating system, offers apps like WhatsApp, Facebook and Google. One of the best user interface, most mobile users always checking their social media accounts, To communicate with friends and family members. The Tizen OS in these areas well covered. Runs with the operating system Tizen OS, India-specific features. That can work for 12 Indian local languages, and, My Money Transfer app comes with smartphone and you can send money Rs. 5,000 without Internet connection. Ultra data saving. That can save your data on for all Apps.