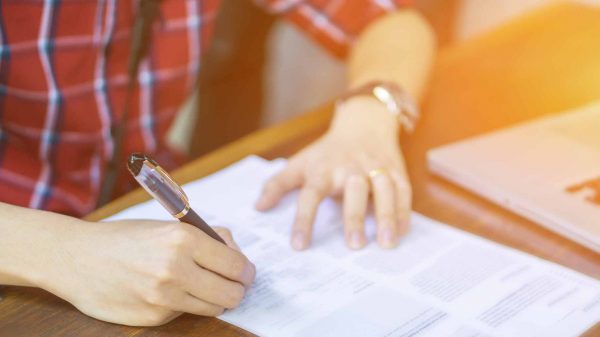 Often, businesses work with partners on a contractual basis. This is a common practice among private organizations as well as the U.S. Government.

Contracts are verbal or written agreements between two or more parties that create obligations enforceable by law. These agreements arise based on a responsibility of one of the parties to fulfill certain promises, in exchange for adequate compensation. As per the Federal and State Laws in the United States, the formation of a contract typically requires an offer, acceptance, consideration, and mutual intent between the parties involved.

Several reasons, known and unknown, can hamper a contract. In many situations, inaccurately drafted contracts can make the situation worse for victims. A lot of contract disputes can be avoided simply by planning in a more strategic manner, right at the outset of drafting an agreement.

Read on to learn more about reducing risks of contract disputes.

1. Know Who You’re Dealing With

Business deals aren’t always struck with familiar people. Whether or not you completely trust the contractor, follow high standards of professionalism throughout the deal. Conducting a background check on the other parties can be the first step toward knowing who you’re dealing with. Look beyond the business name, check references, and speak to people who have worked with them prior to your deal. Ensure the person you are dealing with has the authority to enter into and amend contracts.

Make sure you save written correspondence with the other party. In the case of a contractual dispute, the recorded information can support your argument about the other party’s intent in court.

2. Mention the Expected Quality of Product/Service

Whether you sign a contract with an independent contractor, an employee, or a private player, you must determine certain quality standards for the product or service that you will be providing. Similarly, if you are the one receiving certain products or services, then they need to follow quality assurance standards as mentioned in the contract.

Further, having certain quality-checking measures in place may also be appropriate after receiving the goods. You can include an inspection stage, either prior to payment or before the consignment leaves the sender’s office. It will allow you to inspect the goods or services provided prior to paying any outstanding balance of fees. You can make use of industry-specific standards created in the private sector. Subcontractors, as well as prime contractors, must adhere to government-mandated quality standards.

3. Specify the Timeline for Completion

In most well-written contracts, a timeframe is established within which the promised duty is to be completed. Contracts should include specific dates for performance of the promised task, not general and vague time periods. You can even refer a legal counsel to determine a contract period for your deal. He/she can advise you on the suitable number of working days or calendar days that should be quoted in the contract.

Avoid ambiguity in your contract at all costs. For instance, documents should not read that the project will conclude “at the earliest.” This can be misinterpreted by the other party and lead to disputes.

4. Read, Ask Questions, and Then Sign the Final Contract

Avoid rushing through the contracting process, and read it patiently instead. It’s imperative to fully understand the intricate details of the contract before you sign it. This is because many contract disputes result from miscommunication and misinterpretation. You can reduce the risk of contractual failure by simply communicating with the other party and clarifying all your queries. If you find vague terms in the contract, you should seek clarification of the issue so that both yourself and the other party are on the same page.

5. Be Wary of Failure to Comply

Most people enter into contracts with the expectation that both parties will live up to the terms mentioned in them. However, professional relationships ending on a sour note because of a dispute isn’t unheard of. To avoid further hassles, you need to clearly mention the consequences of failing to comply with the terms of the contract period.

If the contract does fall apart, both parties will have a clear course of action without the need to escalate the dispute to litigation. Often, business owners have questions about arbitrators, like “What are legal arbitrators?” and “How can they help you deal with a contract dispute?” Seek help from attorneys to know the answer to these queries and understand the role and responsibilities of legal arbitrators. Both parties can seek legal help from separate attorneys and select an arbitrator that they all agree on.

Before you sign the contract, you can opt for buying insurance for the probable damages that may arise because of a breach in the contract. At the same time, you need to understand exactly what is and isn’t covered under the insurance policy. Read the policy thoroughly and ensure that no part of the contract has the potential to cause a conflict in the later stages. You can ask an insurance agent to review the contract with respect to the details of the policy.

Contracts shouldn’t be drafted without paying close attention to the details. Whether you are an individual or a business owner with a law firm to represent you, you may not know the loopholes that may cause you more damage than you expect. Educating yourself prior to signing a contract can help you avoid subsequent chances of contract disputes.