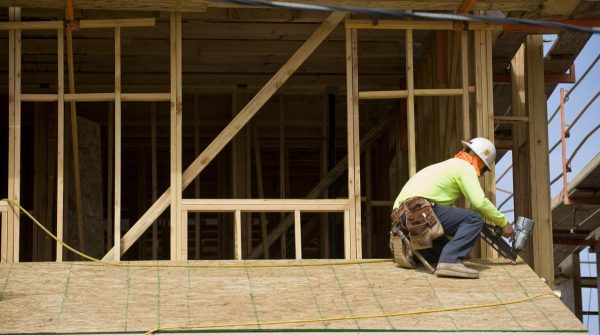 We know that some jobs are more hazardous than others. For people who are employed in high-risk occupations, the likelihood of injury is part of a career that also provides comprehensive training, employment standards, and safety equipment to help minimize injury or loss. The fact is that Americans who are employed in fisheries, construction, electrical engineering, metal fabricating, or mechanical careers face injury every day, and for the most part, they are adequately prepared to reduce risks on the job because they anticipate them, and are trained more comprehensively to avoid them.

Would it surprise you to know that white, non-Hispanic workers are the largest group by ethnicity to incur injuries or fatalities on-the-job? We look at some of the statistical evidence that workplace injuries do occur with alarming frequency, and that they can occur in any occupation, including within the safety of a 9-5 office environment, where some of the least likely injuries from defective products occur.

A Profile of Workplace Fatalities in America

From 1992 to the year 2011, there were 115,091 American workers who were killed as a result of injuries that they sustained on the job. The average number of fatalities annually varied from 4,551 to 6,632 per year. The good news is that from 1992 to 2001 to the ten-year survey period of 2002 to 2011, the instances of occupational fatalities has dropped 25 percent, but the numbers are still too high. One American worker dies every 115 minutes on average, every day.

What are the characteristics of the average victim of a workplace fatality? In the article “Census of Fatal Occupational Injuries Commemorates 20 Years of Occupational Safety and Health Data” by Laura Kesy and Stephen Pegula, for the United States Department of Labor, there are common elements that connect workers who have been fatally injured on the job.

Key common and high-risk factors include:

According to the data provided to the U.S. Department of Labor from 1992 to 2011, the majority of workplace fatalities were incurred by men. In the twenty-year review, women who sustained fatal workplace injuries ranged from 335 workers per annum to 559 fatalities (in 1995). In those same periods, the number of male fatalities ranged from 4,216 to 6,104 per year.

Part of the increased risk factor for white, non-Hispanic workers was attributed in part to the volume of work hours, with white workers completing 69 percent of all labor and non-labor hours. Hispanics accounted for 15 percent of hours per week, and African Americans worked 10 percent of available hours.

According to the data collected by the Department of Labor, 17 percent of workplace fatalities were experienced by American workers who were born outside of the United States. The survey revealed that an average of 4,250 deaths were from Mexican immigrants, while 361 were from India, 342 from El Salvador and 340 from Guatemala. While all workers measured were legally permitted to work and naturalized, it is possible that language barriers may have an impact on workplace safety.

4. Age of the Worker

The older we get, the more susceptible we are to serious injury, but inexperience is a hazard in any occupation. Approximately 23 percent of workplace fatalities were reported to be from workers between the age of 35 to 44 years. Workers aged 45-54 represented 22 percent, or 25,799 work-related deaths. Workers aged 65 and up were statistically underrepresented as they worked fewer hours (only four percent) than other employees, but they accounted for 12 percent of occupational fatalities in the sample years (2001 to 2011).

Can you guess the states that have the highest number of worker fatalities annually? California and Texas are the top two states, with 10,631 and 9,808 fatalities within the sample years. The third highest state was New York, with 5,043 fatalities. Other states averaged below 4,000 fatalities per year and included Florida, Illinois, Ohio, Virginia, North Carolina, Pennsylvania, and Georgia.

As you can see, there are a number of risk factors that increase the chance of a workplace injury leading to a fatality, including gender, age, ethnicity, and even culture and origin. But if you have a typical office job, what are some of the hazards and risks you encounter on a daily basis that could result in an injury or fatality?

It turns out that making a pot of coffee really can kill you. Did you know that the coffee machine and counter area is one of the most dangerous places in your entire office? The reason is that with multiple electrical devices plugged in (think coffee maker, kettle, refrigerator, toaster), it is easy to overload the circuitry. Add to that a slow or accidental leak, and you have the perfect recipe for an electrocution fatality, or serious burn injury. Check out some of the defective coffee maker statistics at Consumer Watch.

The snack machine just took your last two dollars, and didn’t dispense your lunch. The typical next step is to shake the machine, right? Don’t do it. Your risk of being killed by a vending machine is double that of being bitten by a shark.

You aren’t climbing up and down ladders or equipment like construction workers have to do daily, but falling and causing serious injury or death is equally likely in an office environment. Think about the combination of dress shoes and stairs, or elevator gaps and high-heels. Your odds are one in 5,508 of sustaining a fatal injury from your office chair, according to data from the National Safety Council.

Remember that you do not have to work in a high-risk occupation to sustain a fatal injury on-the-job. In fact, the more comfortable you are in your work environment, the more likely you are to be remiss about your safety, and increase your risk. Stay aware of safety hazards at all time, no matter where you work, and protect yourself.

Angela Coughlin is Customer Service Representative at Volgelzang Law, a personal injury law firm in Chicago, IL. She acts as the bridge between the attorney and the client, and communicates all the information related to the case between them.