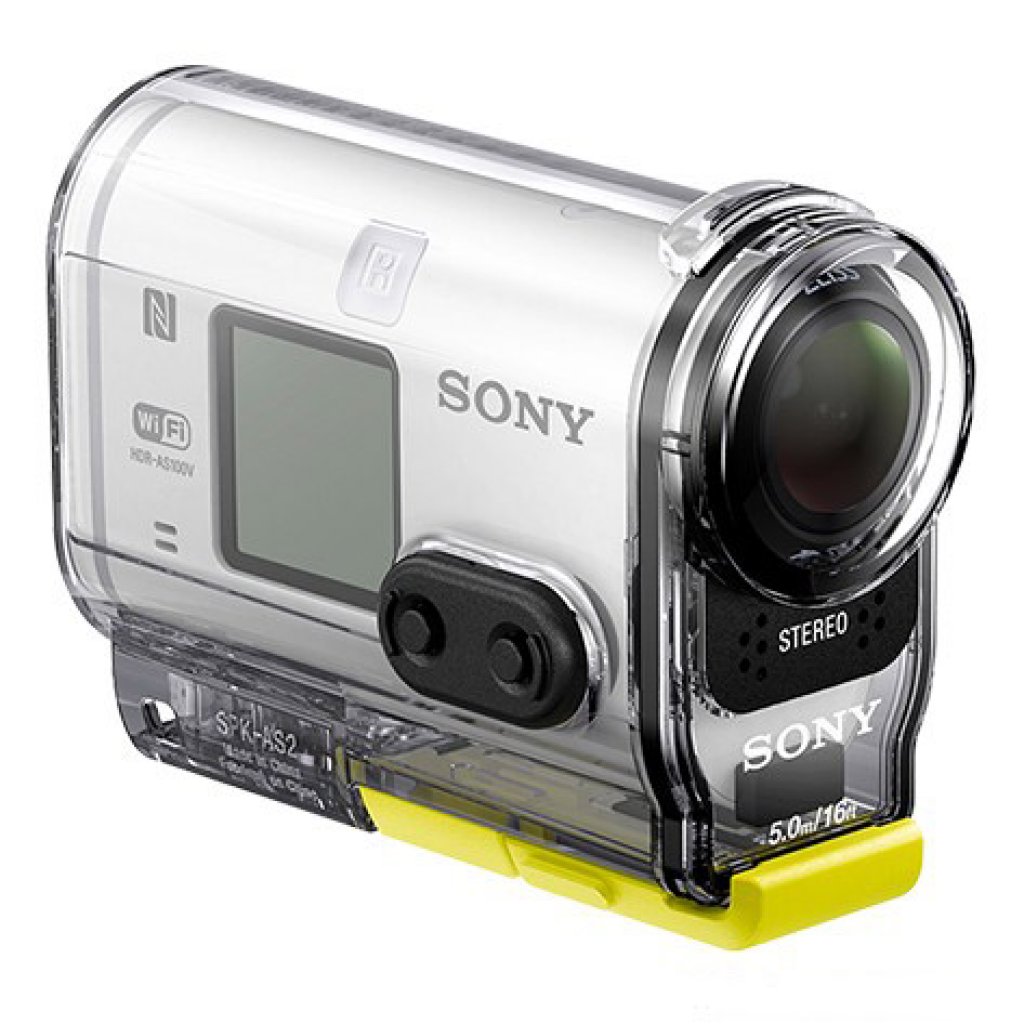 If you are a fan of Sony products and have been waiting for a great camcorder, then your wait has borne fruit. The Sony HDR-AS100V is one great camcorder, such that it has received quite great reviews online. Many people have praised it, even comparing it to GoPro and still rating it as the best. So what makes this camera stand out above the others? Much of its strength lies in its features. Here comes some of its features from sony hdr-as100v manual pdf:

If you look at the images of the camera, you will definitely love its design. Take a look also at other cameras of the same category and you will still love this design. What’s more, Sony has chosen to go white, away from its basic black. It weighs about 3.2 ounces, making it much lighter than most of the GoPros. Its outer is very much waterproof, which make it appealing to those who love outdoor activities. It also has a casing to protect its outer. In case water falls on the outer cover, you will notice some droplets which do not penetrate the screen of the camera.

Another great feature that most outdoor lovers would really like improved on most cameras; Sony HDR-AS100v comes with a battery that can go on working while filming for about two and a half hours. That’s enough time to watch a movie. This thus proves that its battery life is much longer compared to other action cameras. The battery life will however, is affected by the temperatures, so bear this in mind.

This is a definite win for this new action camera. Compared to most GoPro action cameras, which have been popular prior to the release of this new camera from Sony, the camera takes much better images, even with low light. The quality here is measured in terms of sharpness, resolution and distortion. This is made possible with the BSI sensor, which captures very good quality images under poor lighting.

The real win is also on its image stability capabilities. Most people who have taken camera shots while riding the bike have compared the images to those taking by highly professional editing equipment. The images are taken at a shooting angle of 120 degrees. This feature appeals to many people, as the camera minimizes the shakiness that comes with movements while taking pictures.

The Sony HDR-AS 100v is very compatible with the iPhone, iPad, as well as android devices. This makes it possible for you to use it together with your phone or tablet. Most people find problems with connecting their apps with their cameras, but this new camera offers seamless working with most apps.

This new camera features GPS capabilities which help you record your speeds, timing s and distances. You can layer this data onto your footage to help you analyze your performance, if you are using it for sports purposes.

These are just some of the great features that come with Sony HDR-As 100v camera. You might choose to buy it, or choose to check few other products manual at Manual Go. As always, the choice will come down to how much functionality you expect to get from the camera, as well as ease of use.