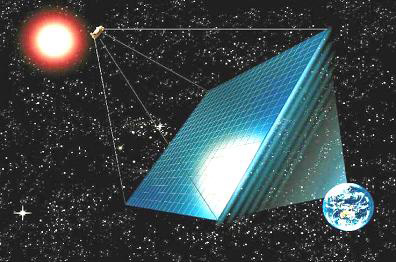 Technology has come along in great leaps and bounds over the last few years, with amazing breakthroughs having been made within a very short space of time. Of course, these fantastic technological advancements have come at something of a price, in that the world’s energy demands are at an all time high. With new long-term global energy solutions now needed more than ever, there appears to be an exciting breakthrough on the way courtesy of team of Japanese scientists working on behalf of Japan space Systems. This team of researchers are currently in the process of figuring out a way to collect solar energy from space and send it back to Earth wirelessly. This project is known as the SSPS (Space Solar Power System).

You may be surprised to hear about wireless electricity and, to some extent, think that such concepts exist solely in the realm of fantastical science fiction stories. Well, as life so often imitates art, we can officially upgrade wireless electricity transition from the theory manuscripts to real wold application. The aforementioned Japanese scientists recently succeed in transmitting units of viable electricity over a distance of about 500 kilometers using a microwave beam transmitter.

Should this kind of technology become widespread, you will no longer need to install solar thermal panels to your house’s roof if you wish to obtain the benefits associated with solar energy usage (i.e. long-term cheap and pollutant free energy). In theory, the solar energy drawn in from space would be of great benefit to all and sundry, and should significantly reduce the cost of living since it means that a vast, constant supply of energy will be beamed to Earth. As the sun’s energy is not likely to run out in the foreseeable future, this represents an excellent long-term solution.

Unlike the various types of solar panels commonly used down here on Earth, the proposed satellites and other space-based solar technologies will be able to collect a stable amount energy throughout the year, regardless of season, thereby making this kind of energy very reliable.

This new technology will see solar panels attached to geostationary satellites, and collect the sun’s energy which will then be converted into microwaves and beamed to solar receivers. Then it gets back to Earth for supply and distribution across the globe.

With this kind of technology in the pipeline, it is fair to say that the parts of the world that have been left in the dark when it comes to modern technology will come to enjoy this program come 2030, when the plan is due to be up and running in a fully operational form.