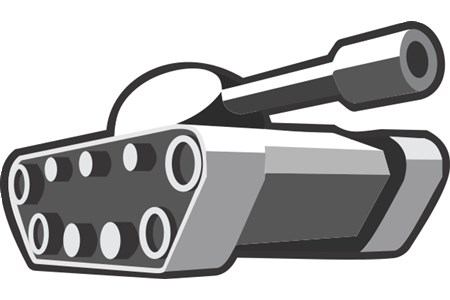 Who says playing online games together is not fun anymore? The browser games are innovative and simple to play and have fun. In fact, the games are for all ages and everyone can enjoy. One of the most innovative games in this section is Tank Trouble 2. It is fascinating tank game where you have to bring down the opponent tank before you get blown away.

It is a very fast-paced game when starts. You almost have no time to react and aim. As you go on playing the controls will set in your mind, and you will be able to react fast and destroy the opponents with your skill.

It is one of the simplest games ever due to its few control options. The controls are for the movements and firing option. It might sound simple, but the application of mazes in an amazing way makes it tough to control the straight movement and targeting. When the game start button is pressed you find your red tank in a maze with the opponent’s one also. Sometimes both the tanks will be placed very near, and you have to react fast enough either to fire or dodge the fire.

Another interesting thing about this game is that the walls of the maze can bounce the firing rounds of the weapons. The enemy might be hiding behind the walls, but you can hit them by using your analytical skill of reflection. You need to be very careful as your fired rounds can hit you back also. The tanks are provided with a primary artillery weapon. The maze pops new and more powerful weapons like rockets and lasers. You need to go there to pick one weapon up at a time. The bonus collective weapon expires after one use. You can pick another one after using the previous bonus weapon.

Tank Trouble 2 has three game modes to start with.

The ‘1 PLAYER’ option allows you to play with a cyber-dog named LAIKA and it smiles whenever it destroys you. Your control will be the arrow keys and M for fire.

The ‘2 PLAYER’ mode allows you to play with another person and removes LAIKA. The second person will have E, S, D and F as his or her controls to move the tank and Q to fire the weapons.

The ‘3 PLAYER’ mode allows three players to play at once on a single computer as mentioned before as the best feature of this game. The first two players will have the same controls and acknowledge by pressing their respective firing buttons. The third player will control the tank and fire the weapons with his or her mouse.

All the game modes occur in the maze battlefields, but the patterns will be different every time. In fact, the position of the tanks also changes. One who survives at the end will win. Remember that your fired rounds have the power to destroy you too. Dodge and evade from the fire and destroy the opponents’ tanks when you see them with your bonus weapons.