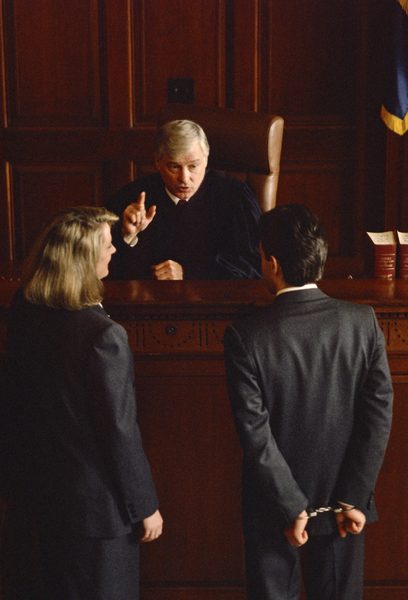 One common thing that we hear often asked by people is that how criminals are defended by lawyers. Before answering this question, it is important to be aware that there are different situations. First of all, the defendants are often obviously guilty. In other cases, lawyers try to help defendants get away with their alleged crimes. It is important to know that arrest isn’t equal to being accused. We often think that defendants have to be guilty, because the police have arrested them for something. However, we should know that the law has different kind of standardization. Valid arrests are often based on the probable cause principle. In this case, the arresting officers are backed by specific facts and evidences, so it is suspected that a person has committed specific offenses.

The rule is designed to make sure that there are evidences to make arrests as valid things to do. Speedy decision may need to be made when we want to catch criminals. In this case, when there are enough evidences, the suspect is arrested, so he/she won’t get away or destroy all the evidences. The arrest has started the court process and it is important that police officers may occasionally make mistakes during the arrest decision. In this case, it is important to know that after arrested, the suspect is still considered innocent according the law, even police officers say that it beyond a reasonable doubt that that the person has committed crime. However, it is still important to wait for the proper court proceeding.

However, we should know that if we expect police officers catch someone only after the “beyond a reasonable doubt” stage is reached; then many bad guys will get away. Even if they don’t plan to run away, this will give them plenty of time to destroy or hide all the evidences. In this case, lawyers may need deal with anything needed, when they are defending a person that’s clearly guilty. In this case, the lawyer could still serve the defendant well. As an example, lawyers will determine whether the defendant has been charged properly and the sentence is rational according to the type and severity of the crime. In this case, lawyers can prevent that the defendant is over charged for his/her crime.

Overcharging can happen when the state has accused the defendant more than it can prove. This could happen on people who are accused of reckless driving and DUI. Lawyers will ensure the rational sentencing, when it is clear that the defendant is guilty. The court has the job to determine and impose sentence. In this case, lawyers will make sure that the sentence is completely appropriate. The defendant should get the sentence for things that he/she has done. By ensuring that defendants obtain the rational sentencing, the law can be upheld. This is an important thing in a so-called “law-abiding society”. It means that everyone should get the proper and reasonable treatment in the court, no matter what they did.