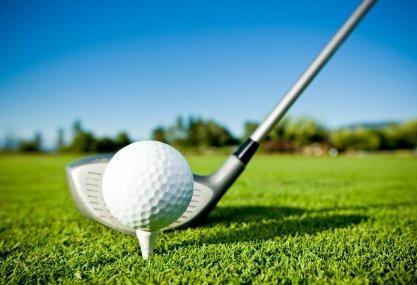 Love socializing while playing golf? Or, want to be a part of a big golf event? Then the Four-man scramble is the best option for you, in a Florida, California or Texas city golf course that have scored pretty well for having perfect greens. This format is generally used as a friendly competition, and serves as a platform to raise funds for charity. With fun, companionship, and a way to help society, the Four-man scramble is a win-win choice for everybody. But, it is better to know about the game before you take your shiny golf clubs out. Following are some of the things you should remember to make it an exciting affair.

How the Game is Played

Do you know why the game is called a four-man scramble? Well, although this game can have many players, generally four players make a team. And, all of them compete against each other for a better score, that’s the scrambled part. At first, each player hits from the tee box and the team decides the best shot. Then the players move to the position where the best shot landed, and take the second shot from there. The process continues until the first hole is complete. After the first hole, the scores are registered and the game resumes following the same set of rules until all 18 holes are conquered. For amateur golfers, this format is quite enjoyable.

How to Take Part in a Four Man Scramble?

If you want to take part in one, you need to keep an eye out on the local golf courses. Some courses organize these events weekly and some monthly. So, researching could prove helpful to you. You can pay a fee to participate in these events. You can create your own team of four players and enter the greens or let the event authorities put you up with random players.

Focus on Knowing and Using Each Other’s Strengths

Teamwork is the key to win the game. Every member in the Four-man scramble has to focus on his own and his teammate’s strengths. As everyone takes a turn in hitting the ball, it is easy to figure out who has the best shot and who misses the ball quite often. If you get the option of selecting the team, put at least one player who knows how to sink a putt. This will offer you an advantage over the other teams. Stick to your ground game and create strategies to utilize the capabilities of your teammates to win.

Make Your Own Rules for Better Results

You can make the game interesting with new rules that challenge the capabilities of your teammates. Although, this game format has a laid-back approach, but that doesn’t mean that you cannot make it exciting. Suggesting your teammates to produce a couple of good shots in each round will help your team to get better results. You can even announce prize for the best shots or the longest drives to encourage your team. Some people play well under pressure, and some don’t. So, you need to keep an eye on how your team members are adapting to the new rules. If anyone is lagging behind, you can give him a few more chances to show support and to boost the morale of the team. Remember that your goal is to enjoy your time on the green, so keep everyone happy and move forward as a team.

If you are looking to blend fun and excitement on a Texas city golf course, a Four-man scramble is one of your best bet. Enjoy the relaxing game in any part of the world, and it will be equally entertaining. And, if you are doing it for charity, there’s nothing like it.