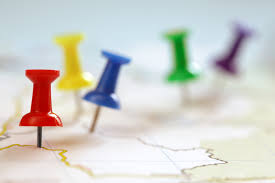 It is clear that English is replete with word variations and even specific grammar versions. Like other languages, English is still evolving. The Anglo-Saxon culture has spread around the globe, from the southernmost corner of South Africa to the northernmost settlements in Alaska. Political, cultural and geographical boundaries have caused various variations in words, phrases and grammar. Although it is regarded as the primary International language, people are using it differently. There are different ways to spell specific words. As an example, Americans would consider it a mistake or typo to write enrolment, cheque, optimisation and colour.

In this case, we should make a list of word variations based on countries. It shouldn’t be hard, because major keyword tools also include spelling variations that are used by people. In this case, we shouldn’t be worried that if we use a variation of spelling, our webpage won’t be listed. In general, search engines also have a list of word variations and when we search for something in British-style words; we also often get results from the United States, vice versa. Website owners could be concerned that their website contain only a specific variation of words and this could affect SEO performance.

They may think that they could some potential traffic. The loss of traffic could be caused by users’ insistence on using only specific ways to spell and write words. Although we know that search engines recognize variations of spellings in English, some website owners still insist on addressing this issue, especially if they come from English-speaking country that has more obscure way to spell specific words. There are solutions that can help us remedy this problem and they could keep on improving or changing. One of the good ways to address spelling variations is by using tags in our website. In this case, we could add variations of our primary keywords in the tags.

This could be achieved by using the same color for both the text and background. This tactic may work fine for human users, because they can’t see these hidden words. However, modern search engine bots are programmed to identify text that has the same color with the background as a way to make them invisible. If the text is discovered, it is possible that the website will be heavily penalized. It means that we should avoid using various unscrupulous ways to fool both people and bots. Search engines are also smart enough to detect masking methods based on CSS technology. This could also result in penalization.