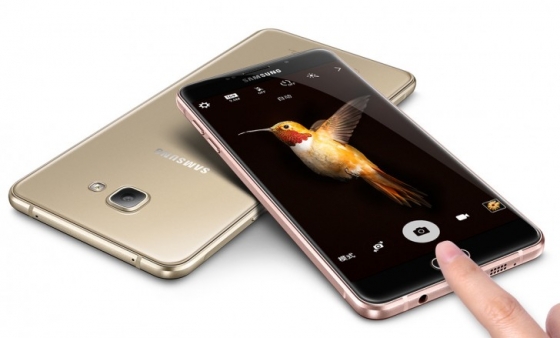 South Korean tech giant Samsung is currently busy working on a new PHABLET, Galaxy A9 Pro, a superior variety of the Galaxy A9 (2016), the device has gone through the GFXBench benchmark test, a new PHABLET comes with a model number SM-A91005, 5-inch display and 4GB RAM.

According to GFXBench test, This device will feature  a 5.5-inch display with screen resolution 1920 x 1080 pixels, Galaxy A8 (2016) version will have a 5.7-inch display. And the display protected by the Gorilla Glass 4, For Performance, this device will be equipped with octa-core  Qualcomm Snapdragon 652 processor clocked at 1.8GHz coupled with Adreno 510 GPU. 4 GB Huge RAM and better support for the heavy use (internet browsing, Download and upload). Higher than 3GB RAM Galaxy A9 smartphone, This will be equipped with 32GB internal storage and a micro SD card bonus. Supports up to 128 GB.

On the other hand, Galaxy A5 features a 5.2-inch display with screen resolution 1080 x 1920 pixel, Equipped with   octa-core Exynos 7580 processor, It will run under the Android 5.1.1 Lollipop operating system, supports 16GB internal storage and 128GB via MicroSD coupled with 2GB RAM. Featues a 13 MP primary camera with f/1.9 aperture, autofocus and 5MP front camera, including Wi-Fi 802.11 a/b/g/n, Bluetooth 4.1, powered by the 3300mAh battery.