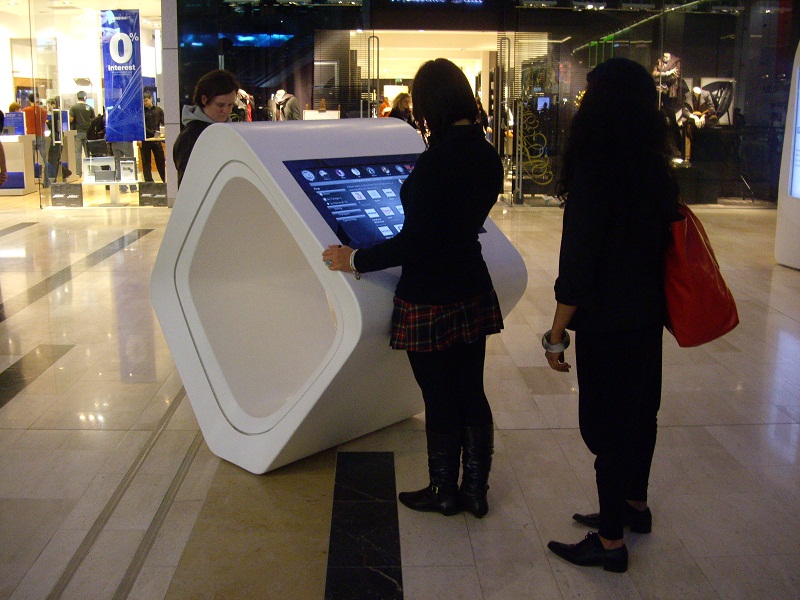 A kiosk is a stand alone small structure used at the purchase point. It is similar to a computer and is used to display information. Typically, it is found in cinema malls, retail shops, PVRs , banks and traffics. A kiosk successfully replaces the manual enquiry system used these days and provides a self improvised system. They are playing a dominant role in retail marketing these days and are solving a lot of problems faced by consumers these days.Playing a role of a blessing to the retail business, a kiosk helps in wooing a large number of people. On the other hand, a kiosk helps in multiplying the revenue many times. Olea kiosk designer is a world class manufacturer of custom made kiosks.

The various kinds of kiosks are as follows :

The Internet kiosks are generally seen in common waiting arenas like public reading rooms, airports, railway stations, and public museums.The internet kiosk allows the owner to track the entire payment received. It also displays the error in transactions, if any. An internet service kiosk automatically updates itself in every twenty four hours. Surprisingly, whenever there is some issue in the hardware or software of the internet service kiosk, it sends an email or a text message to the engineer whose numbers are already present in the kiosks memory.

The Self-Service Kiosks are generally used for offering services like performing a reservation, printing certified documents, accepting payment, and issuing licenses or identity card. The self service kiosks is used by the health care centres for checking the appointments and giving the payment for prescription offered. The government also uses a self service kiosks for printing identity cards. The withdrawal and deposits machines used in a bank are also kiosks. In several schools, a registration kiosk allows a person to register himself before entering the school. The registration kiosk plays an important role in ensuring the safety of the school.