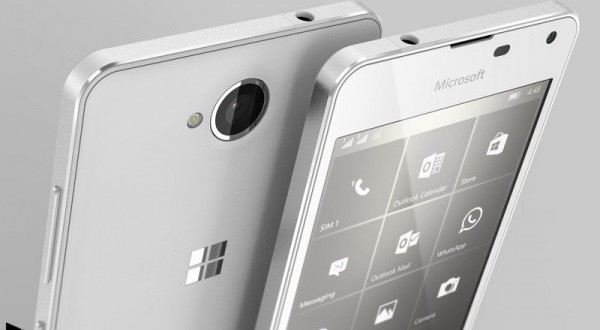 Microsoft has launched its two new high-end Windows 10 devices, the Lumia 950 and 950 XL, And entry-level model Lumia 550 priced at a INR 9,999 low price, Microsoft is expected to announce a new smartphone. Lumia 650 successor to the popular Lumia 640 midrange smartphone, This Device has popped up in few render images on the Web, the mobile is equipped with a Snapdragon 212 processor.

The Lumia 650 model sporting a slim design with 5-inch display and 720 Pixel resolution, and a polycarbonate shell, It will equip Snapdragon 210 or 410 processor, according to the latest rumors.  A processor bit more powerful than the recent Lumia 550, The Lumia 650 is also equipped with 1GB of RAM and 8GB of internal storage space. And a micro SD card bonus, Lumia 950 equipped by the Snapdragon 810 and the Lumia 850 powered by the Snapdragon 617. And for photos, It will feature an 8MP rear with LED flash and for video chat, It will have a 5 MP front camera.

At the level of network performance and data transfer, the Lumia 650 is also compatible with 4G and standard version will have an NFC chip and Bluetooth 4.1. A metal-based sophisticated design and a very affordable price: with its new Lumia 650. Including HD Voice, Quick Charge 2.0. It is one of the best feature in High-end design smartphones, According to the previous rumors Lumia 650 codenamed Saana, This device will be launched in February 2016. It will be available in Colors: Matte White or Matte Black.

On the other side, Lumia 550 available for purchase in India, It features a 4.7 inches display with 720 x 1280 pixels resolution which gives (315 ppi pixel density), Powered by a Qualcomm Snapdragon 210 coupled with Adreno 304, 8 GB internal storage and a Micro SD card bonus, powered by an 2100 mAh battery and this device runs with the operating system Microsoft Windows 10, For photos and video chat 5 megapixel rear camera and 2 megapixel front camera, Including Wi-Fi 802.11 b/g/n, hotspot, A-GPS. The device went on sale in the US and Europe earlier this month. Now it is available for purchase in India INR 9,999, on Amazon India retailer website.