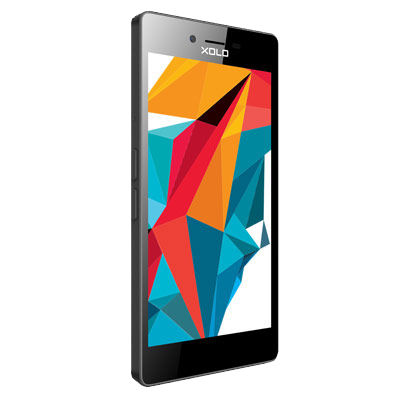 Lava’s subsidiary XOLO recently launched its latest budget Android smartphone in India called the Era HD. The phone comes as the successor to the brand’s popular XOLO Era, which was launched in July this year. The new Era HD’s main highlight is its HD display for the price range it is being offered in. In addition, it is also one of the few smartphones to run Android 5.1 Lollipop out of the box in this budget. Though the phone doesn’t offer 4G LTE connectivity, but still offers decent feature for its price segment.

The XOLO Era HD appears to be one of the best feature-laden Android smartphones in the sub-Rs 5,000 range. If you are planning to buy the XOLO Era HD budget smartphone, let’s take a quick look on its design and features.

To keep the Era HD’s price down, the brand has designed the phone with a plastic body. The back panel of the smartphone is removable. The phone comes only in black colour, and measures 8.1mm around the waist. It is not among the slimmest smartphones out there, but still appears quite premium for is price range.

The XOLO Era HD offers a near to phablet grade 5-inch display bearing a screen resolution of 1,280 x 720 (HD), resulting into a pixel density of 294 pixels per inch. The IPS LCD display of the phone offers a decent media viewing experience. It is one of the few Rs 5,000 range smartphone in India to boast an HD display. Software-wise, the phone runs Android 5.1 Lollipop out of the box, but is not expected to receive the Android Marshmallow update as of now.

The Era HD is powered by a 1.2GHz quad-core Spreadtrum SC7731G processor, which is further supported by 1GB of RAM and a Mali 400 MP2. The quad-core processor is capable of offering good performance for running casual games like Subway Surfers and Temple Run. For storage needs, the smartphone gets a decent 8GB of internal memory, which users can further expand up to 32GB by inserting a microSD card.

Coming to the camera, the XOLO Era HD offers an 8-megapixel primary snapper with a CMOS sensor, autofocus, an LED flash, Face detection, HDR, ISO Control, Touch to Focus, White Balance presets, and full HD video recording support at 30 frames per second. For selfies, the device offers a 5-megapixel secondary snapper. The phone should deliver decent pictures thanks to the 8MP AF rear camera, and quality selfies with the 5MP front snapper.

As far as the connectivity is concerned, the XOLO Era HD offers 3G connectivity along with dual-SIM slots. Its other connectivity options include Wi-Fi, Bluetooth 2.1, A-GPS, and a micro-USB port. A 2,500mAh battery keeps the device running, which as per the brand delivers up to 10 hours of talk time and up to 555 hours of standby time on 3G networks.

Coming to the conclusion, the XOLO Era HD is certainly one of the best smartphones in the sub-Rs 5,000 range to deliver Android 5.1 Lollipop and a 5-inch HD display. It is also one of the few devices to offer 8GB of internal memory, an 8MP rear camera, a 5MP front shooter, and a beefy 2,500mAh battery. However, it faces stiff competition from the budget 4G LTE-enabled smartphones in the country like the YU Yunique. The phone has been priced at Rs 4,777, and is exclusively being offered via Gadgets360.