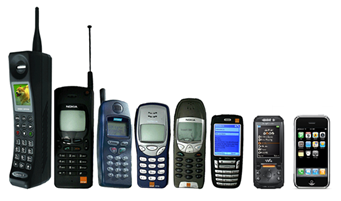 Remember the very first mobile phone? It was a Motorola in the year 1983 and it was nicknamed “the brick” because of its size which resembled a brick and probably weighed as much as one, too. The only difference was that it didn’t cost the same as a brick, but rather an arm and a leg at approximately $4000! I remember how only the yuppies owned them and how it was the accessory to have if you wanted to look cool. Now almost everyone uses a mobile phone, including children, and the mobile phones these days are only as thick as a pencil. How far technology has come. It took several years and millions of mobile phones to come to this point; 140 million discarded old mobile phones per year worldwide, to be exact. So where do these discarded old mobile phones go? Most were dumped in landfills. Is that the best alternative for old mobile phones? Most environmental scientists would say “No.”

Why not Dump Our Old Mobile Phones?

2. It saves the environment. According to the Population Reference Bureau in Washington DC, the world produces approximately 40 million metric tons of electronic waste such as old and used mobile phones, tablets, televisions, computersand other electronics. Approximately 50-80%of these electronic wastesare dismantled, shredded and burnt in backyard recycling practices in countries such as China, India, Pakistan, Vietnam and the Philippines;releasing toxic chemicals that are damaging to the environment and human health. For instance, open-air burning that is used to retrieve valuable components like gold can cause primary and secondary exposure to toxic metals like lead through the soil-crop-food pathway. Furthermore, these toxic chemicals are not biodegradable, so they remain in the environment for a long time. In addition, fine particulate matter caused by combustion from burning electronic waste can cause cardiovascular and pulmonary diseases. As if that isn’t bad enough, the United Nations Environment Programme estimates that by 2020, television electronic waste will double, computer electronic waste will increase fivefold and mobile phones electronic waste will increase by 18 times! Imagine the amount of toxic chemicals released into the environment and the level of damage this will cause to human health then; not to mention the amount of money we would have to spend in medical bills to treat these health problems and the number of sick people we would have at home and in the workplace, and the effect this would have in production. It would be a downward spiral. 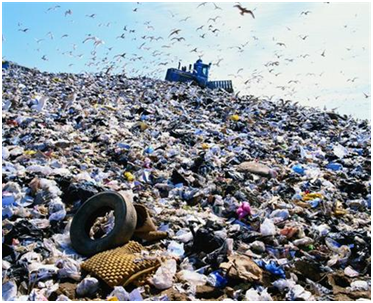 3. The alternative, i.e. hoarding old mobile phones in order to prevent it from ending up in landfills, is not the answer either. If all of us hoarded our phones, can you imagine the amount of space it would take to hold 140 million old mobile phones worldwide per year? It is simply not practical and will only create another set of problems…clutter anda shortage of storage space. Thus, creating unintended fire and safety hazards in our homes and workplaces.

I guess the question we have to ask ourselves is, “Do we really want to leave our children and grandchildren with a toxic environment and an unhealthy future?” If the answer is a resounding “No!” then why would we choose to dump our old mobile phones when we could trade them in instead? Some people may be sceptical about trading in their old mobile phones because they fear that any personal information left in the phone could be leaked or used illegally. Not to fear because the companies who buy our old mobile phones also have special equipment to erase any sensitive or personal information from these phones before recycling them.So don’t dump, but trade in.