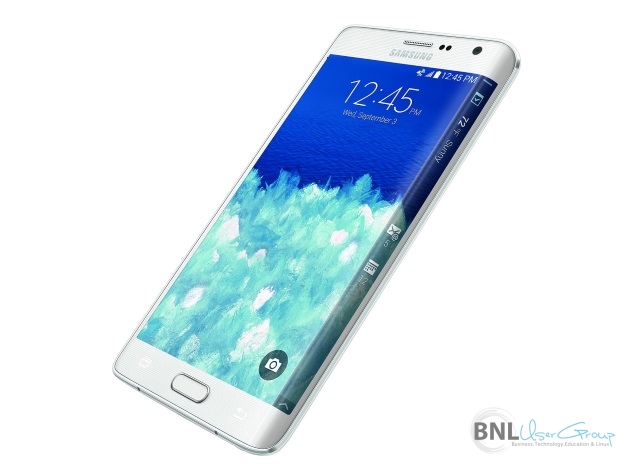 Of course we have to mention the curved portion of the screen if we are talking about the Samsung Galaxy Note Edge series. And the results of curved portion of the previous Galaxy Note Edge are praising, as the response when we resort to it is correct and effective. If we want an application, press and open, if we change sidebar with slide smoothly enough. The answer is generally correct. We have to say something that worried is enough time to grab it. If you look, part of the hand touches this sidebar, but at the level of software is optimized to avoid being detected, only if we make a clear pulse. In general, the new screen is to incorporate a rounded edge part but has its utility. Not all you can expect, but it may become more useful with time, may be Galaxy Note Edge 2 launch will bring more application.

And if we to talk about the camera section of present generation Galaxy Note Edge, the quality of the pictures you take and also of the application that handles the shooting is pretty cool. Equal with quality offered by its “first cousin” of range, the Galaxy Note 4. A very sharp, fast almost instantaneous images and the result is great. Although the quality in low light is not good, but you are out of trouble and even more if you use the LED flash to compensate. And Samsung need to work on the next Samsung Galaxy Note Edge 2 camera but which sensor would be used is still unclear.

As the mentioned the speed of Galaxy Note Edge sensor with which captures the images is faster than any of the previous phone from the Samsung. Moreover, A high speed does not affect the image quality. As for the autofocus it works very well focusing almost immediately and no lingering almost for a second. Here there is nothing to reproach the Galaxy Note Edge. Everything is done very smooth with the camera section in Edge of present generation.