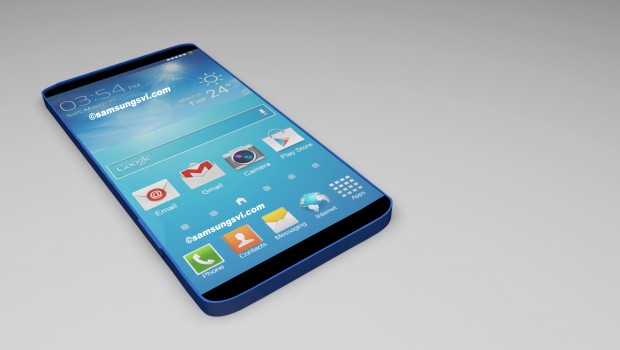 Samsung Galaxy S7 is going to be the star phone of 2016 and it is no near than an year from now but the internal information is conforming that Samsung is working on such display panels which would not be highly efficient but also feature the high-end colors, virtual reality and more resolution.

If you know about the Galaxy S series, then you must know about the Galaxy S6 release date, which is about to happen in two months gap. And if you remember the screen of the Galaxy S5, which is known for its best class colors, rendering and efficiency but its resolution is limited to just full HD.  Another of its virtues is that you will see clearly to balance the colors and contrast of the screen with the characteristic “Display Mode” or “Adapt Display”, which will allow you to modify the dynamic range, standard, professional photo, cinema Adapt display, so that even when you need the full power of the brightness of the screen on the outside, the colors run clear and now with the new panels in the Samsung Galaxy S7 it would reach to the next level display category, however if you are expecting anything higher from the Galaxy S6 display then you won’t be wrong as Samsung proved enough with the best display device of the year the Samsung Galaxy Note 4.

In the camera section of Galaxy S7 we could see the magic too. If you remember the last to last generation, Samsung Galaxy S5 had collected very good results when you have the camera interface prepared for all kinds of catches. Highlighting Selective Focus, with which we can make beautiful pictures by following the rules of the mini guide that tells us all the steps to perform. Selecting an object to focus that is at least 50 cm, we can blur the background, capture incredible. May be the minimum focus distance of the Galaxy S7 would be comparable to human eye yes; we are talking about just retina focus. But we might not need that powerful focus, and yes by doing this Samsung would definitely take the Samsung smartphones to the level of DSLR camera performance.

In the past, other points which improves the Galaxy S series is in the pictures in low light conditions, one of the premises in which they are most highlighting other rivals like HTC M8 or the Xperia Z3 does the same but not to that level. The recent, automatic mode works perfectly in all different circumstances without noticing that lower the quality of the photographs, being the perfect for those who want to enter tweak certain settings to take good pictures mode.

So, now you can observe the growth of Samsung smartphone in terms of technology and specifications, with every single launch you must notice the increase in camera and display specs, but it would be more surprising to see if this gap would be better in the Samsung Galaxy S7.