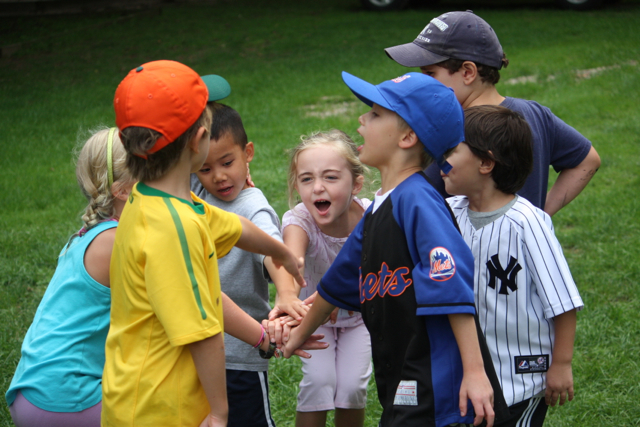 In order to perform well in sports, athletes should have good understanding in teamwork. In fact, we could be surprised to know that even professional athletes are having problem to achieve good teamwork. On the other hand, many players do exactly what coaches told them, but competitive sports are dynamic in nature and initiatives are often required to adapt and respond to unexpected situations. In this case, the whole team often needs to adapt and do things that are not previously instructed. Achieving this could require a high degree of teamwork.

Teamwork isn’t all about following all that have been instructed by coaches, but everyone should also have the ability to adapt and still work as a solid team. However, we know that beginners often prefer direct routes to the goal and they often bypass all the agreed procedures. Players should understand all the tactics and coaches should properly explain things that players should know. In this case, players should fully understand the significance of their parts in the game. If done properly, players could become better in teamwork and everyone could easily make critical decision on the pitch.

In this case, players should also have the ability to think while and make proper changes when needed. This should give the team a much higher opportunity to achieve the peak performance. Another way to achieve peak performance is by looking for the right players that can fill up important positions in the team and in the field.

There are key positions that need to be filled in any sports team. As an example, mid-fielders in a soccer team or point guard in basketball are considered as the drivers of the whole team. They control how the whole team should play the game. The center position plays pivotal role in both attack and defense. Players in these positions often need to be the fittest, as well being the jack of all trades. They are not only need to pass the ball to the strikers, sometimes they are expected to perform the first layer of defense. Some midfielders also score many goals in soccer.

The key man in baseball is the catcher and he calls and dictates the pitches. In this case, they influence the entire field situation. Coaches should be able to determine which players that should be included in specific positions. In this case, strikers should be very fast and accurate players who have the mental passion to score goals. Goal keepers should be able to handle the ball properly and have the best reactions in the team. In fact, it may be necessary to convert other players to become goalkeeper, if there’s no one has good enough reactions to deal with incoming balls.

By putting the proper person in the right position, we could prevent many unfortunate mistakes and in fact, this could result in very few goals scored against the team. In this case, players should be able to stay consistent and make the fewest errors.