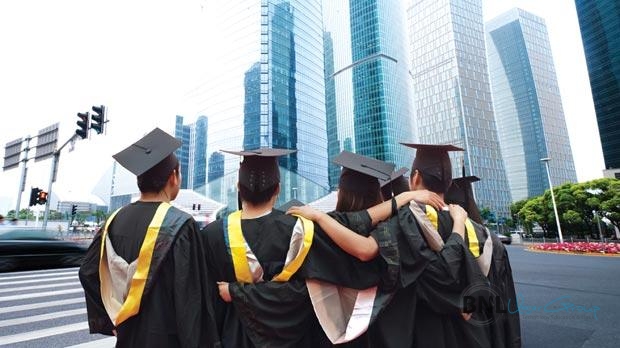 Turkey is becoming an increasingly popular destination for the students from all over the world, signifying the vital growth of education sector in Turkey. This is evident from the fact that between 2005-2006 and 2011-2012 the number of foreign students studying in Turkey doubled (15,481 to 31,170).

The expansion of higher education in Turkey was matched by the growth of foreign students joining them. From 2006 to 2011, about 36 private and 50 public universities were established that brought the total count to 165. The same period saw growth of Turkish students attending university by 40 percent. Students come from 155 different countries to Turkey. Azerbaijan students’ makeup the largest group with 4,200 head count. The next in the line is Turkmenistan with over 4,110 students followed by Turkish Republic of Northern Cyprus with 3,800 students. European students are also showing strong presence with both Greece and Germany having around 1,300 students in the region.

Why Study In Turkey?

Benefits Of Having International Students In Turkish Universities

Many Turkish university doesn’t only benefits financially by attracting international students but also new hopes, ideas and opportunity that arrive along with the foreign students who bring a different prospect of the world. Having international student in the student body helps local students to understand globalization in a much better way. The dynamic global environment created by amalgam of foreign and Turkish student helps them to thrive in global market.

· 33 countries comprising Turkey and facilitates the process of student exchange.

The creation of new generation of international students with an exposure to Turkish society and language is the reflection of Turkish proactive foreign policy over last decade. Many student who study at Turkey and use their knowledge and experience in Turkey to strengthen the connection between Turkey and their homeland. Diplomatic and educational connection is most vividly seen in areas like Africa, where Turkey is planning to establish 33 new embassies. More than 1500 students from over 44 African countries are studying in Turkey, a whopping rise of about 400 percent when compared to 2005-06.

Studying In Turkey, Experience Of A Lifetime

The experience and exposure that a foreign student gain from the time they spent in Turkey offers same value for both Turkish and foreign students. This helps in developing bond between individual which is far stronger than national borders. Whether you are opting for higher education in Turkey because of quality or economy, it’s always an experience of a life time. Just grab your Turkish visas and pave your way for the land with potential to become vital global education hub.