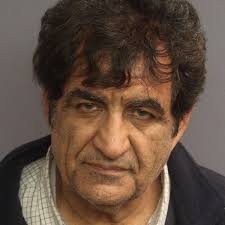 A former employee of three United States Defense contractors was arrested in New Jersey at Newark Airport after he allegedly tried to ship blueprints and other technical details of the F-35 military airplane to Iran. The arrest happened on January 9th, and police at Newark airport made the arrest of Mozaffar Khazace, a 59 year old engineer who was a citizen of both the United States and Iran. He was a former employee of those defense contractors and had access to the Lightning II F-35 military plane. Khazee also goes by the name Arash Khazaie. He was detained as he attempted to take a plane to Tehran in Iran. Right now, Khazaee’s charges include theft and transport of proprietary information that is valued at over $300,000.

An agent with the Custom and Border Patrol Unit of DHS discovered the stolen property while he was inspecting the property that Khazaee was traveling with. Apparently, Khazaee was attempting to transport several dozen boxes to Iran that were all marked as ‘Household Goods.’ The boxes were shipped in November and were headed for Hamadan in Iran, and were sent from Connecticut. However, upon inspection, it was found that all 44 of the boxes that Khazaee was attempting to pass off as household goods actually contained documents that were related to the military aircraft. These were protected and sensitive documents that were not to be released, including documents that were controlled or prohibited from being exported.

The warrant affidavit listed the crimes that Khazaee was charged with and instead of mentioning the companies by name that he had been employed by and which were defense contractors, the affidavit called the organizations “Comany A” “Company B” and “Company C.” However, information was released that “Company A” is actually Pratt & Whitney. The charges that were filed were actually recorded in the home state of Pratt & Whitney’s corporate headquarters. Communications manager for the company Matthew Bates said this: “Pratt & Whitney has been cooperating fully with the government on this matter and will continue to do so.”