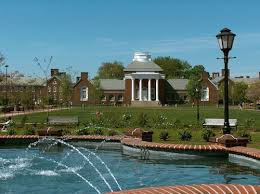 A new Delaware Biomedial program has chosen those who will be leading it. Appointments for those in charge of the Idea Network of Biomedical Research Excellence or INBRE are now public knowledge, The program, which is all throughout the state in Delaware, is helping to create the capability for biomedical research in various areas that are more important now than ever. For example, biomedical research will be delving into cardiovascular technology and treatment, cancer and neurology. This research is very important to the state because the industry is going to provide careers to many residents, and the programs in the state will be helping to advance biomedical techniques. The program was created in 2001 and the National Institutes of Health has given $45 million to it. Delaware has given the program five million.

The program received money from the state in order to develop centers that would be central bases for research, core laboratories that would be shared. The money was also intended to renovate existing laboratories for more advanced research and technology use. Companies are receiving money to expand into this very important research. For example, Cole Galloway has received a grant from the National Science Foundation to the tune of $515,000 over three years. The money is earmarked for research into infant development in a project called GoBabyGo. Some of the project goals that the money is going to be used for include healthier vessels, teaching math sense, smarter hydrogels and much more.