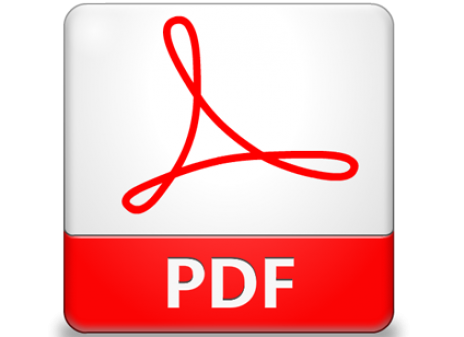 Portable document formats (PDFs) have been used since the early 1990s. The brainchild of John Warnock, one of the founders of Adobe Systems, PDFs have grown from an internally controlled document format to an open source document published by the ISO (International Organization for Standardization) under standard ISO 32000-1:2008 in 2008.

The concept behind the creation of the PDF was simple. The format allows computers working on different operating systems — i.e. Microsoft Windows OS. Linux, Mac OS, etc. — to share and view documents. This helps foster productivity and eliminates the need for conversion software and other standardization necessary to share files and work products between different teams or work computers.

The creation of the portable document format began with “The Camelot Project,” launched by Warnock in 1991. Addressing the issue of effectively communicating between various computer platforms — as well as print documents — without losing definition because of the differing computer systems operating at the time, the project aimed to create a shared print standard for IBM based PCs and Apple Macintosh computers.

The common denominator for the print standard was each of the system’s adoption of the PostScript and Display PostScript print solution. This solution helped fax machines display text and graphics properly and was also used by machines operating with a CGA, EGA, VGA or other high-resolution display. From a 6-page paper written in 1991, The Camelot Project evolved into what we now know as the PDF.

Evolution of the PDF

Adobe began discussion of the new communication standard, referred to as Interchangeable PostScript, at a conference in San Diego in 1991. From there, the first version (1.0) was released in 1992 at the Computer Dealer’s Expo in Las Vegas. When version 2.0 of Adobe’s PDF was released, the company moved from charging a per user fee of $50 to free distribution of the standard, which greatly enhanced its prevalence. By the time version 4.05 was made available in 2003, users from all over the world had downloaded over 100 million copies of the Adobe reader.

While the Adobe PDF is the most known and well-established type of portable document format, other PDF forms were created and made available for public use. This was ushered by Adobe releasing the ISO standard of PDFs for open document use and adoption.

How PDFs Are Used Today

Portable document formats are widely used in many applications. Creating PDFs is simple and easy to do, and many off-the-shelf software packages can make them. Additionally, many organizations, companies, and government agencies make forms and documents available in PDF format, allowing users to fill their forms out online.

The PDF has enjoyed a 20-year history, and with continuing enhancements to the standard and expanding functionality, PDFs are looking at a long future. Digital signatures, document annotation, and archiving capabilities are among some of the features that continue to establish the importance of PDFs as a shared document standard for a wide range of computing platforms.