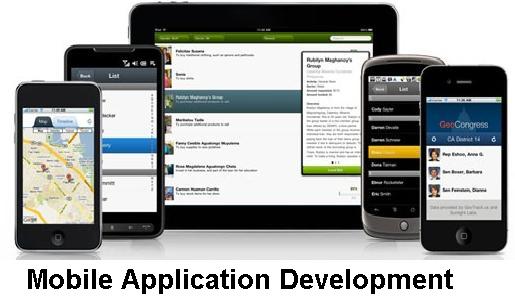 This is where the mobile apps came in. Mobile apps growth started to boom alongside the growth of smartphones. The smart phones had been developed and delivered by various operating systems and various manufacturers. To get uniqueness and to make the maximum utilization out of the smartphones, apps are the main object of importance.

Setting goals is the primary step towards success in your field. Keep the plan and goal easy by introducing certain goals around the dynamic install charges. Decide this based on the reviews and also the standard rating score given.

Action speaks louder than words. Video has more impact on users than any content does. Create a clear, customized video that exactly depicts your apps. This is another key step in success. Let the video be more of a customized one than a copied or reused one.

Mobile app development can get you a lot of treasure, however it depends on how much you utilize or make the best out of your apps. If you are developing your app for a client then having a huge client base is very important and also you should select the clients who tend to appreciate your work and who has good track record.

There is app for almost anything and everything. Think out of the box. Don’t succumb to monotonous apps again and again. You should be creating innovative apps to be sustaining in the market.

Last but not the least this is a main point when you are developing a new app. You might have a crystal clear plan, a great idea, an awesome team with talented mobile app developers however if you don’t get enough time or don’t get proper funding then you whole effort may go as a big waste. This factor has caused chaos in many app developments. Additionally, you apps should be cost effective and timely. You can’t sit and develop an app for whole one month or one quarter, optionally you can’t spend lots on bucks on a single app.

If you are good and interested in mobile application development and if you want to develop your business then you might better embrace the above quoted steps in order to get high results in the field. These may seem to be simple steps but in real they have a larger impact on the productivity.