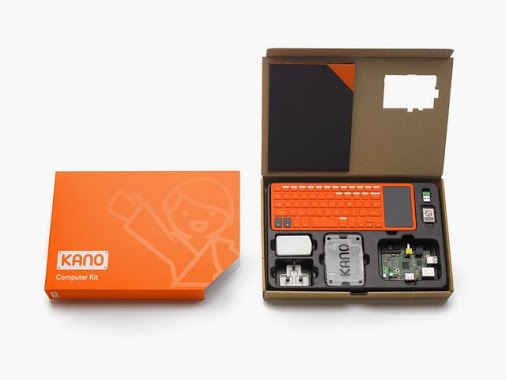 If you are a person that has always wanted to build your own computer and you really like tinkering with things, but you have always been blocked by those motherboards, and hard drives and casings, well, a new kit might just help you create your own computer. A new Kickstarter campaign for a kit called Kano will help you build your own computer, to help you learn how its done. The kit comes with a case and an 8 gigabyte SD card. It has has a couple of instruction manuals, a keyboard, speaker, power plug and both mini-usb and HDMI cables. The operation system is based off of Debian Linux and is called Kano OS.

This is a great project for anyone who wants to start learning how to build their own computer, and for many gamers, building a system themselves is something not only that they want to do so that they can get the specifications exactly right, but it is something that is much more cost effective than buying an off-the-shelf gaming computer. However, gamers aren’t the only ones that are going to benefit from the Kano kit. Kids will be able to assemble the computer and learn how all of the parts work as well, which may inspire some to pursue careers in programming, computer repair or some other computer related field. It is a certainty that kids will be interested in how computers work as much as anyone else.

The project started last year, and the original incarnation was simply a book, inspired by manga and Legos. The name comes from the Japanese judo master Kano Jigoro. The project went on Kickstarter with a goal of $100,000 to fund the project. However, it had raised to more than $580,000. That means that the project will be successful, but it remains to be seen how much success will come from the idea itself.