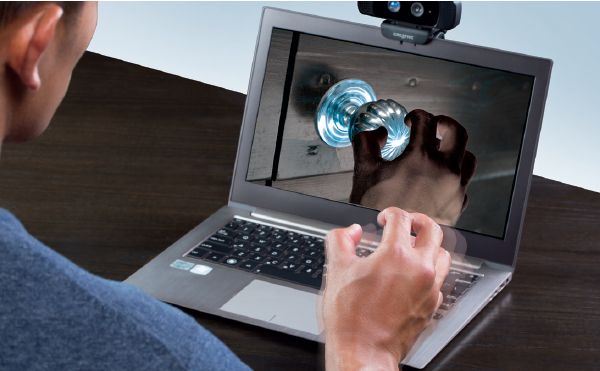 Perceptual computing is an important concept which the tech giants like Intel are adopting. Anil Nanduri, the director of perceptual products & solutions at Intel feels that perceptual computing is going to be everywhere soon. At the Consumer Electronics Show in Las Vegas, the company will furnish the interested individuals with details and demos soon. He feels that a lot of wonderful things can happen if the computers are built on the lines such that they can assess gestures and voice. Perceptual technology is a tool which can sense body language and emotions. With the advent of technology, the next thing, which has gained popularity, is tracking eye movements and gestures in humans.

Intel has allotted a large segment of its resources to perceptual computing with the aim of pursuing the mobile device makers to use its chips. Perceptual computing helps the technology to sense what is occurring around it. Voice recognition, face recognition and gestures, are sensed by the devices. It makes use of devices more personal and interactive. It is a concept which has more to it than being marketing jargon. The intuitive and natural appeal of the devices promises a thrilling experience. The aim of perceptual computing is to create human like computers.

The computers can sense the actions and gestures with the use of 3D camera. The company has struck a partnership with Creative. In the later part of 2014, the personal computers and tablets will be incorporated with the 3dimensional cameras. Specifically for perceptual computing Intel is concentrating on users and software before laying emphasis on hardware. A kit, which pertains to software development, was launched by Intel to draw the attention of developers and create their interest. Since the time, the kit was released it has been downloaded 26,000 times. Intel holds contests to interest the app developers in perceptual computing. The sponsors invest more than $100 million on prizes.

Intel hopes that in 2014, the devices will use its chips which show the efforts which were taken at perceptual computing. Although one may enjoy some of Intel’s perceptual computing features with chips from Qualcomm. Intel is already analyzing the needs of the users in the future. Certain features of perceptual computing are being included in certain devices. A good example is the Kinect for Microsoft’s Xbox. Intel is aiming at interactions at a closer interface than a meter’s distance. The cutting-edge technology is aiming at recognizing the fingers of a person than detecting the complete arm.