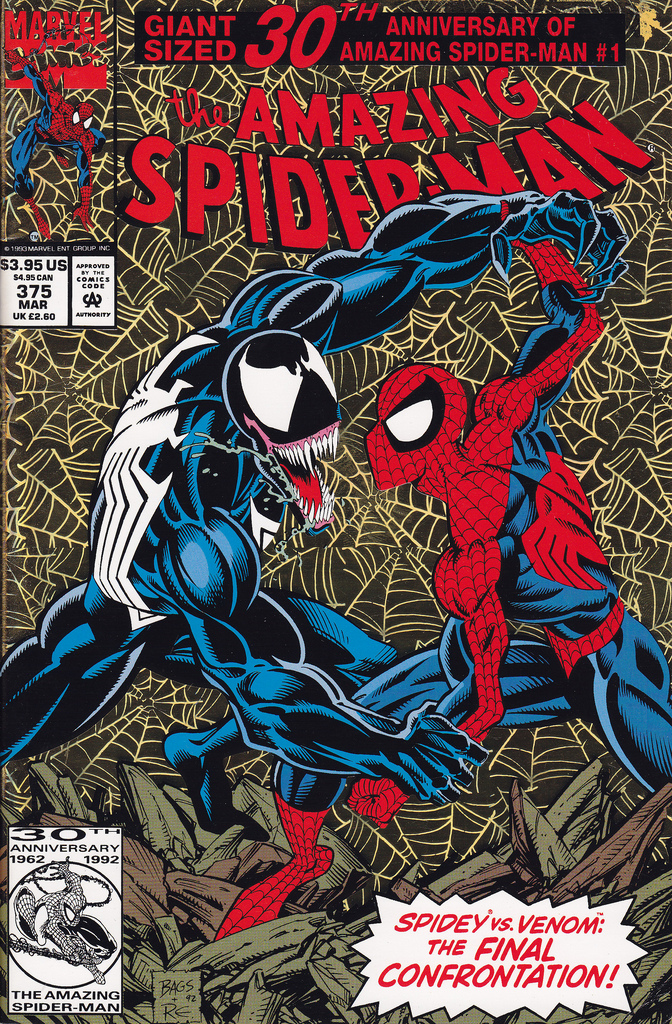 Spider-Man debuted in Marvel Comics’ Amazing Fantasy No. 15. In comics up until that time, characters like Superman and Batman were godlike beings with super powers that made them untouchable. Head writer Stan Lee wanted to create a new character with which teenagers could relate to. Here are three reasons why Spider-Man became immediately popular, and is still popular to this day.

From the start, Spider-Man’s alter-ego of Peter Parker was a seemingly normal man who demonstrated humanity and vulnerability. He didn’t have the advantages of being a millionaire, or of coming from a privileged class. He was an orphan, an outcast teen with typical teen problems. His aunt and uncle were his only friends, he was a loner. He had acne, wasn’t popular at school, and didn’t always get the girl. Teens could identify more with him than with someone who never had to struggle. However, though he was flawed, he had cool powers such as enhanced strength, spider senses, and the ability to web swing and climb walls. He held his own against awesome villains like Green Goblin, Doctor Octopus, Hobgoblin and Venom. His vulnerability help teens identify with him while his perseverance and fighting spirit made him a fantasy role model.

The Spider-Man story was not set in a mythical city like Metropolis or Gotham, but in the real world city of New York. As a teenager, Peter Parker lived in Queens. As a struggling photographer, he lived in Hell’s Kitchen and had to build a career for himself under difficult circumstances. Fans could relate to the challenges Peter faced. As comic readers grew up, they continued to follow Peter Parker’s adventures. The real world around fans in the late 1960s was a world in chaos with civil rights protests, and the violent turmoil of the Vietnam War. They identified with Peter Parker’s ongoing struggles as he grew and matured.

The Spider-Man legend got a great boost from the media. First, a low-budget, animated TV series that aired on ABC from 1967 to 1970 popularized the Spider-Man theme song. Then, CBS produced a live TV show that was broadcast from 1977 to 1979.

In 2002, the first Spider-Man movie featuring Tobey McGuire as Peter Parker and Spider-Man hit the screen and launched a multi-billion dollar franchise. Tobey McGuire brought pathos, believability, and excellent acting to the role under Sam Raimi’s sharp, experienced directing. Together, they introduced the Spider-Man character to a whole new generation of fans. The original film, sequels, and spin-off products such as books, graphic novels, and posters made Spider-Man one of the most well-known modern icons.

The franchise continues to grow with a successful Broadway play, the Ultimate Spider-Man cartoon series, video games, and a plethora of Spider-Man toys that make Spider-Man the best-selling merchandized superhero. In 2012, a new reboot Spider-Man movie series was initiated with “The Amazing Spider-Man.”

Beginning with an effort to create a superhero teens could relate to, Spider-Man went on to become a multi-billion dollar multimedia franchise. While partially due to modern, mass- advertising campaigns and big-budget motion pictures, the success of Spider-Man is mostly a result of his story–the story of an insecure teen, bitten by a radioactive spider, and suddenly endowed with the powers real teens can only dream of.