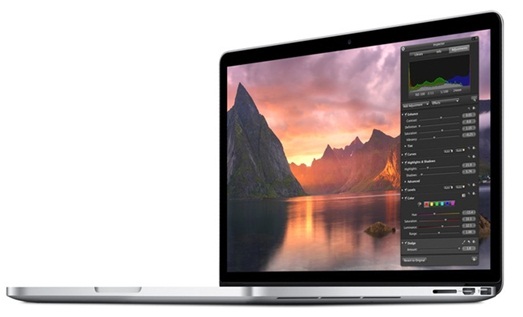 Apple has officially announced the new MacBook Pro on its latest launch event. You may be not able to tell the difference between the new and the old version at the first sight of it. The new MacBook Pro doesn’t have many changes on appearance. There are also 13-inch model and 15-inch model for your option. 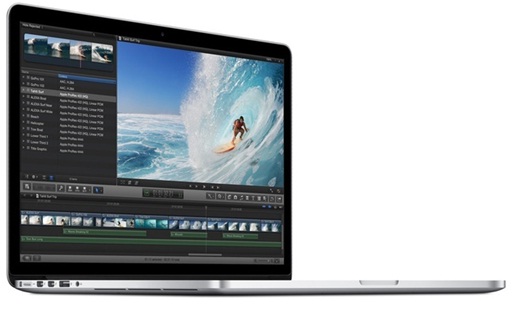 This time around, the upgrade of MacBook Pro mainly focuses on hardware configuration, not on the outlook design. The new MacBook Pro features the latest-generation dual core Intel i5 or Intel Core i7 processor which provides the fastest performance ever in a MacBook Pro.

In addition, it comes with Retina display which is able to reduce glare and still to maintain incredible color and quality. To watch 4K videos on the amazing screen would be such a great experience. Yes, it supports 4K video playback!
(Note: It is a pity that the Mac supports 4K video playback but doesn’t not support Flash SWF videos playback. Here is a tip for you to playback SWF files on Mac. You just need to convert SWF to Mac using iOrgSoft SWF Converter Mac which supports a large amount of video output formats like MP4, MOV, H.264, AVI, etc. )

Long-lasting battery is also one of the new features of the new MacBook Pro. Due to the Haswell processor which boasts high energy efficiency and power savings, the 13-inch model offers up to 9 hours of battery life while the 15-inch model lasts up to 8 hours. Well, business users should be happy to know this.

Well, one thing we have to mention about the new MacBook Pro is the OS X Mavericks operating system. It is most likely to be the weapon of choice for the new MacBook. OS X Mavericks is the most advanced desktop operating system in the world. Engineered to take full advantage of the technologies, it is easy to use. Let’s see how Apple describes it.

–“OS X. It’s what makes a Mac a Mac. It’s designed to deliver the most intuitive and integrated computer experience in the world.”
–“OS X is built to bring out the best in your Mac, so you get a fully integrated system in which everything works together seamlessly. It works with the processor in your Mac to deliver the best possible performance.”
–“OS X also comes with powerful apps for browsing the web, sending messages, setting reminders, and so much more. And the apps work great with iPhone, iPad, and iPod touch, too.”

Besides, the new MacBook Pro is equipped with the 802.11ac “Gigabit” Wi-Fi protocol, which enables faster wireless connectivity. The 802.11ac is like dubbed as 5G Wi-Fi, which is able to transfers data up to 3 times faster-much faster than the present 802.11n technology. Well, again, business users, it seems you should get this.