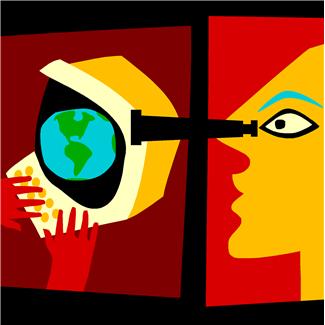 It’s not exactly newsworthy to say that Internet predators are something to be cautious of when surfing the web. However, it seems that lately, banks are having to amp up their online security measures, and in a major way. A new string of Internet attackers has many banks in full defense mode, and many consumers wondering if their money is safe. Why are Internet attacks suddenly focusing on banks, and what does that mean for you? Here’s what you need to know:

We’ve all seen the blockbuster films about ultra-scary cyber-attacks on our major institutions (banks, governments, etc.), but some recent real life events are making the movies look like nothing more than, well, dramatics. The concern about bank safety began in September of 2012, when a group of Iran-based hackers successfully gained access to the computer networks of six of the largest and most powerful financial institutions in America. Fortunately, no money was stolen, but the hacker group was able to completely black out the banks’ websites, disabling account holders from accessing their accounts and making financial transactions through their accounts. Not only was this a scary experience for the banks and account holders alike, but it was also a wake up call: Banks are vulnerable to the threat of online predators and things are a lot more serious than a group of hackers looking to unblock games or mess with people’s security – they’re really after money.

Not all bank hacking schemes are as innocuous as the website blackout job. Some people are very desperate to get their hands on other peoples’ money, and what better place to go for that than the banks? In what is being called one of the most advanced schemes to lift bank money from victims, a nationwide circle of hackers and thieves worked together to digitally confiscate PIN numbers to hundreds of bank accounts and lift the withdrawal limit on those accounts. Within a matter of two hours, members of the thieving team managed to withdraw close to three million dollars in funds from a string of banks along New York City’s Broadway.

Why the Focus on Banks?

For one, banks generally use limited testing methods for their firewall programs. They all too often rely on in-house staff to do the testing, or they might even hire experienced outside testers; either way, they have a limited perspective when it comes to how actual hackers operate, which can make them an easy target. Another important consideration is the fact that bank hackers don’t always go for the money. Oftentimes there is a much bigger objective: to shake the confidence of the American public in their banking system. Given this fact, it is easy to see how Internet attacks on banks can be used for political leverage.

Is your money safe in your bank? Fortunately, the government insures all of the money you have in the bank, up to $250,000. Therefore, even if something happens to your money, its safety is backed by the government. However, that doesn’t change the fact that you’re now a bit shaken by the knowledge that your bank account may be more vulnerable than you’d wanted to believe – aren’t you?